The History of Drury Street - DublinTown ​

The History of Drury Street

As part of our series focusing on what makes Dublin City unique we’ve created a series on the history of the streets that make up the heart of the metropolis – and this edition takes a look at Drury Street. 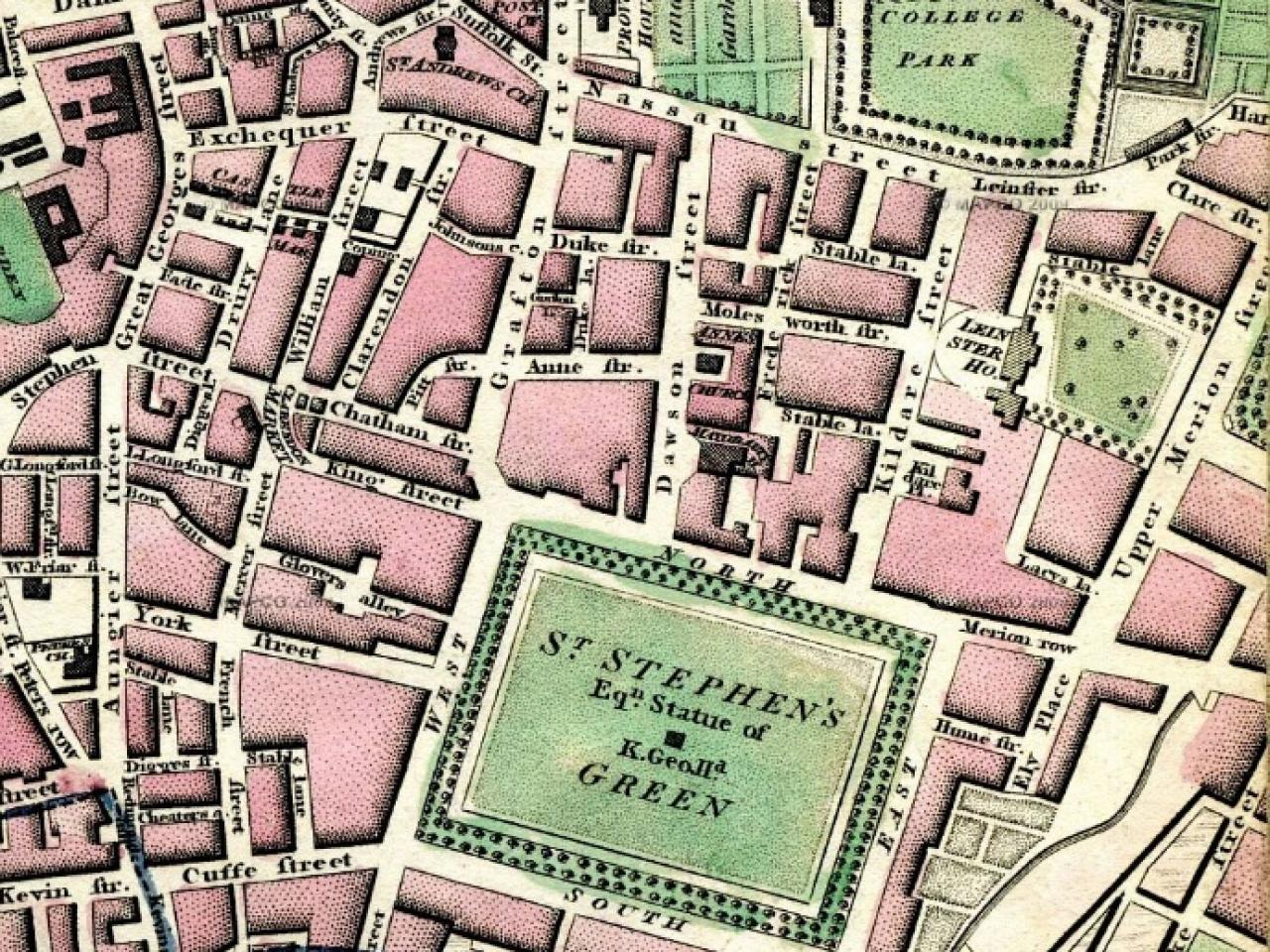 Drury Street had a number of names throughout its history, for one thing it wasn’t always even a street, for many years it was simply known as Drury Lane, and even before that it was known as Little Boater Lane, which is how it appears on both the 1673 map of Dublin and the later 1756 map by John Roque.

The first reference to the street using the name Drury came a fews years later in 1759. The street itself seems to date back as far as the early decades of the 17th Century to around the time that South Great George’s Street was laid out in 1610. 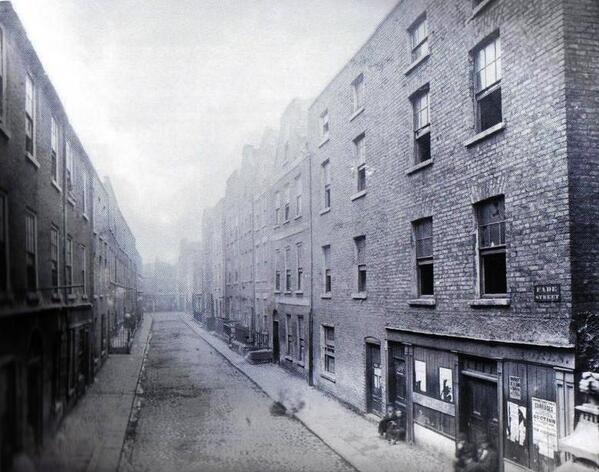 The Drury in the name could perhaps be a reference to Sir William Drury who had been Lord Justice of Ireland in the late 16th Century. The layout of the street as we know it today owes far more to the Victorian era than to the 17th or 18th Centuries though. One man who gives his name to much of the area was Joseph Fade, a wealthy banker who left much of his fortune to good causes when he died in 1748. Such was the impact of his public generousity that two streets were named after him; Fade Street, which connects Drury Street to South Great George’s Street; and Joseph Lane, which ran parallel to Fade Street, roughly where the central section of the George’s Street Arcade runs today.

This area was far from glamourous, however, it was mostly a meat market with Drury Street and the surrounding streets being full of butchers shops and abbattoirs. By the late 19th Century many of theses butchers and abbattoirs had ceased trading or had fallen into dereliction and many of the buildings were bought up so that they could be demolished to make way for the George’s Street Arcade, a.k.a. the South City Markets, which opened its doors to shoppers way back in 1881 after several years in construction. Evidence of this history can still be seen in The Market Bar, which continued as a meat market for many years until being converted into a popular bar and restaurant. In the course of these works on the Arcade Drury Street was widened, as was nearby Fade Street to give them the layout that they have to this day.

Disaster struck the Arcade in 1892 when it was destroyed by fire, however it was quickly rebuilt and by the end of 1894 the shops and stallholders were back trading in a freshly rebuilt Arcade building. It was a good thing that fires were not a more common occurence as that could have caused major problems to what is now the Drury Street Underground car park.

This subterranean space was in high demand because by the end of the 19th Century Dublin had become the whiskey making capital of the world and the major distilleries like Roe’s, Jameson and Powers needed space in which to store their barrels and age their whiskey. One such location used by Powers was the space now occupied by the car park! 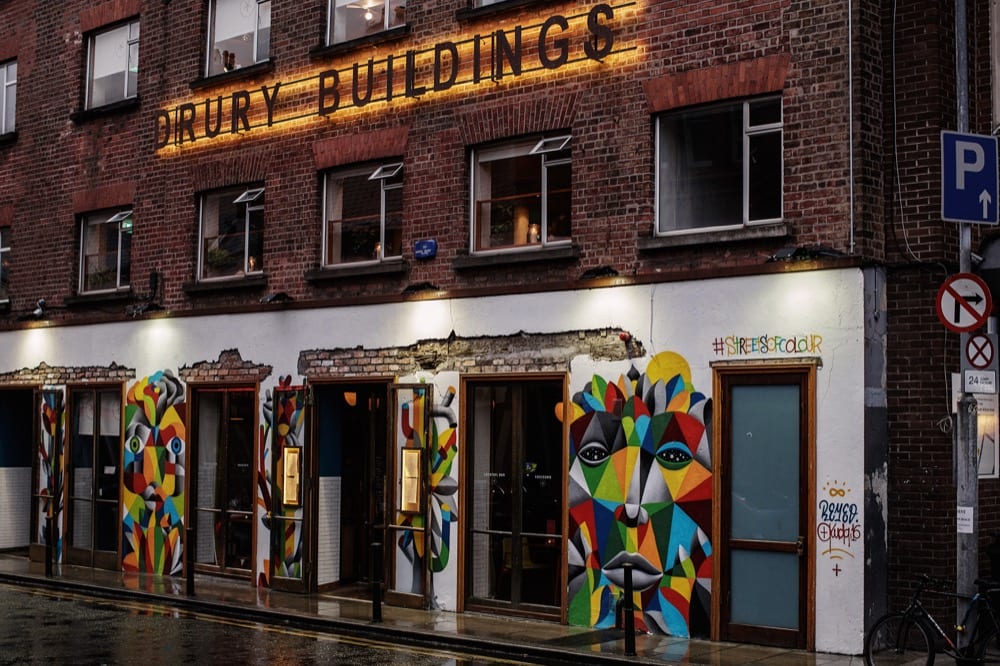 This trend continued until recent times, however over the last few decades gradual changes have taken place. Businesses spotted the potential in the beautiful Victorian shop units and steadily hairdressers, jewellers and galleries moved in. Today that connection with clothing and design remains with the likes of Om Diva trading on the street for over 20 years. Even more recently the street has become a centre for food and drink, home to the likes of Kaph, Loose Canon, Juanitos and most recently Amy Austin. 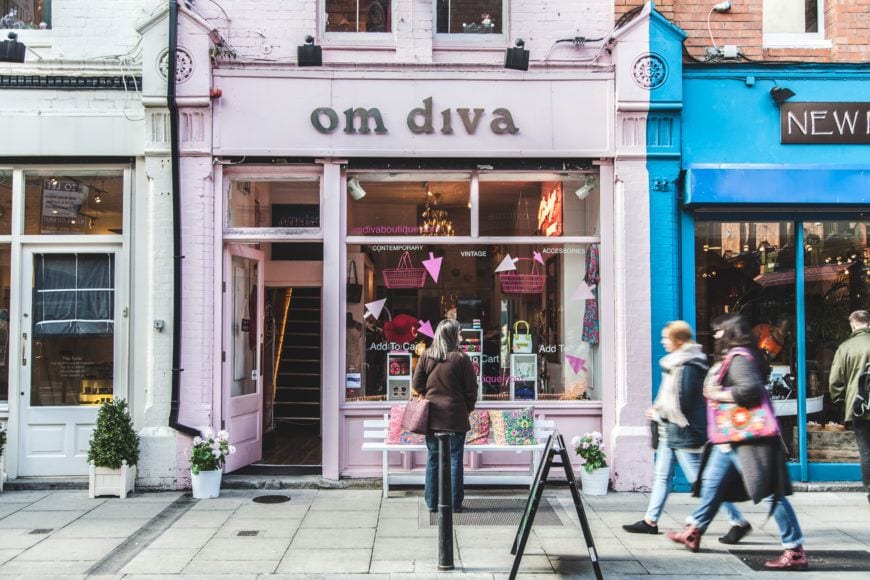 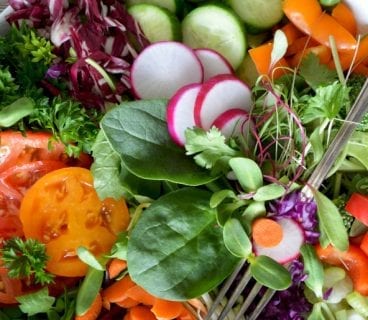 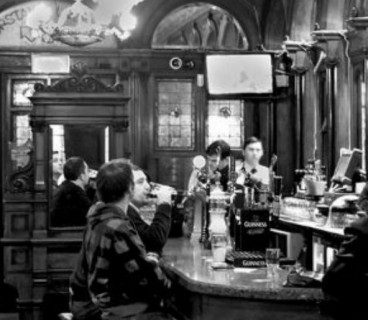 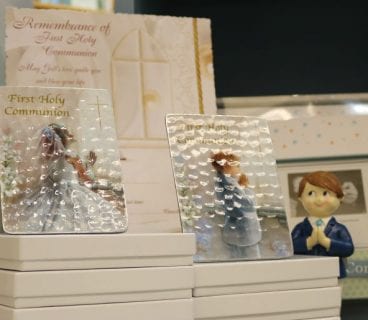