The Bank on College Green

The only bank that Dubliners will freely admitting to frequenting, The Bank on College Green is lavish and stylish and akin to drinking on a prestigious passenger liner of the early twentieth century. The food had been earning a great reputation among Dubliners in recent times and it’s a great spot to take a break from the hubbub of city life. Pull up a seat at the bar and let the Art Deco colours and lush ambiance wash over you. This is one titanic venue that won’t be sinking any time soon.

This site has been occupied since Viking times, as The Bank is located in the oldest region of the city in close proximity to the viking Parliament or Thingmount. In the 17th and 18th centuries the area grew to even greater importance following the construction of Trinity College and later the Irish House of Parliament (Grattan’s Parliament) across the way on College Green.

In July 2nd of 1892 the Belfast Bank acquired this property from the British Mutual. The construction project that followed – a symbol of grandiose Victorian splendour – took two years to complete, costing in excess of £8,000.

The exterior is Franco-Scottish in inspiration and is unique in that it is one of Dublin’s rare examples of Scottish sandstone. The interior, which was once the main banking hall, is a stunning example of merchant power and patronage displaying an extranordinary ornate setting, stained glass ceiling, mosaic tiled floors and spectacular hand carved plasterwork and cornicing.

If you ramble downstairs to the nether regions you will find the vaults. Look at our Chatwood safes, now retained as a museum-type feature.

Unique to Dublin - The Dame District 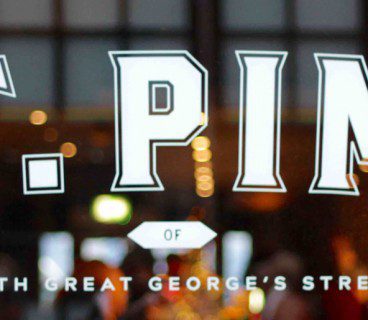 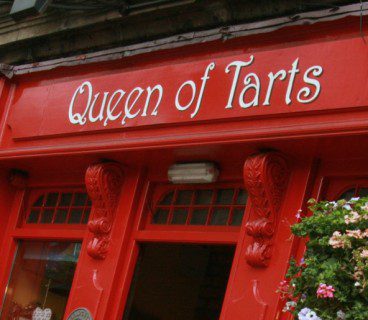 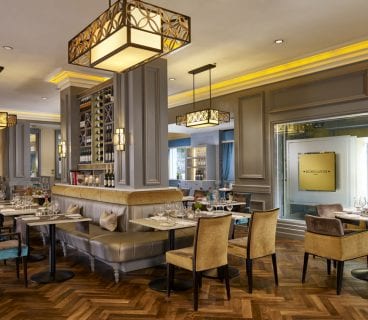