The History of Dawson Street - DublinTown ​

The History of Dawson Street

Dawson Street has changed a bit in recent years: today a Luas runs down the middle of a road, flanked by recently constructed office buildings, but this fascinating street has a long history and we’re here to tell you a little bit more about it. 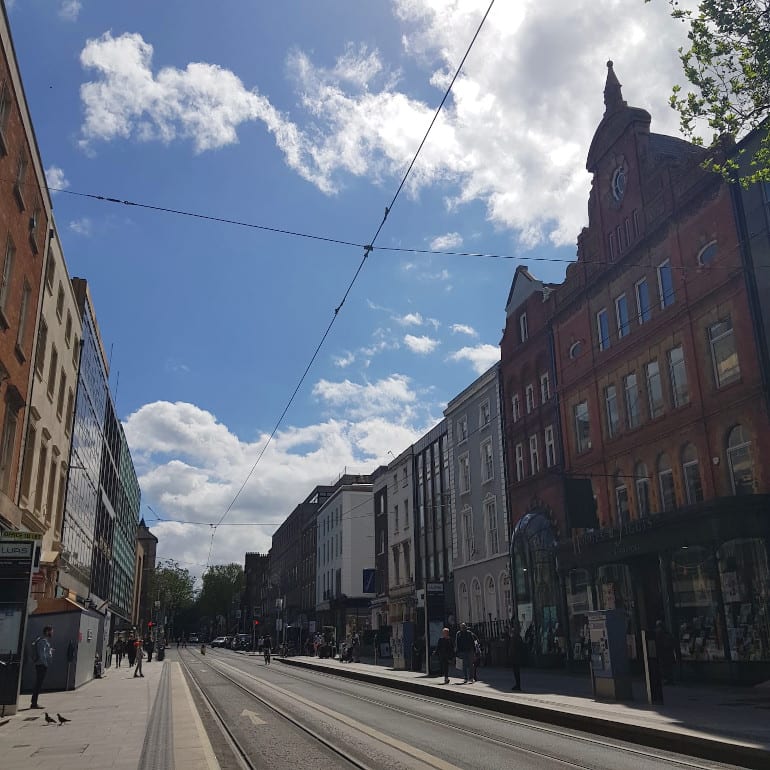 The street we know today as Dawson Street began life as the vision of Joshua Dawson at the very beginning of the 18th Century. At the time Grafton Street was an unimpressive narrow laneway and to its east there was little but marshland without so much as a laneway crossing it.

By 1705 Joshua Dawson had purchased these seemingly unimpressive lands from Henry Temple and came up with a plan to develop the area from the east side of Grafton Street as far as Molesworth Street. 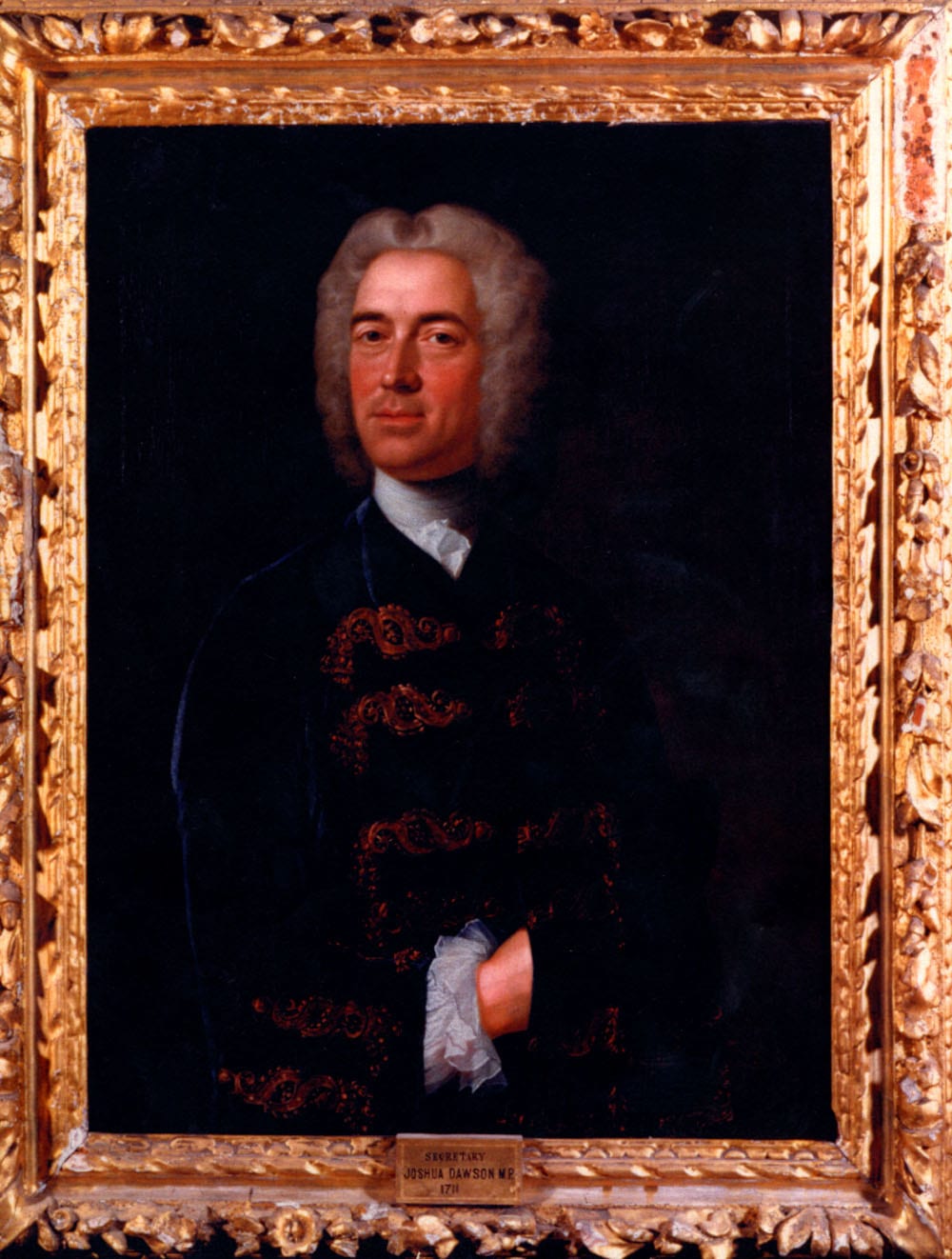 Dawson was born in 1660, in an area known today as Castledawson after a grand manor house that Dawson constructed in 1710. This is just outside of Magherafelt, Co. Derry. Joshua became a clerk in Dublin as a young man and became an early example of a career civil servant as he moved upwards in terms of seniority, he also became a Member of Parliament for Wicklow from 1705 to 1714 as part of the Tory Party.

In 1706 he had already laid out the plans for Dawson Street, Duke Street, Anne Street and the various lanes we know today as Anne’s Lane and Duke Lane. That same year he built himself a fine house on the new, straight, wide street that he had laid out.

He was to remain at this address until 1715 when the house was purchased from him by the Dublin Corporation for £3,500, along with a yearly rent of 40 shillings and 6lbs double refined sugar each Christmas. This house was to become the residence of the Dublin Lord Mayor, the Mansion House as we know it today. 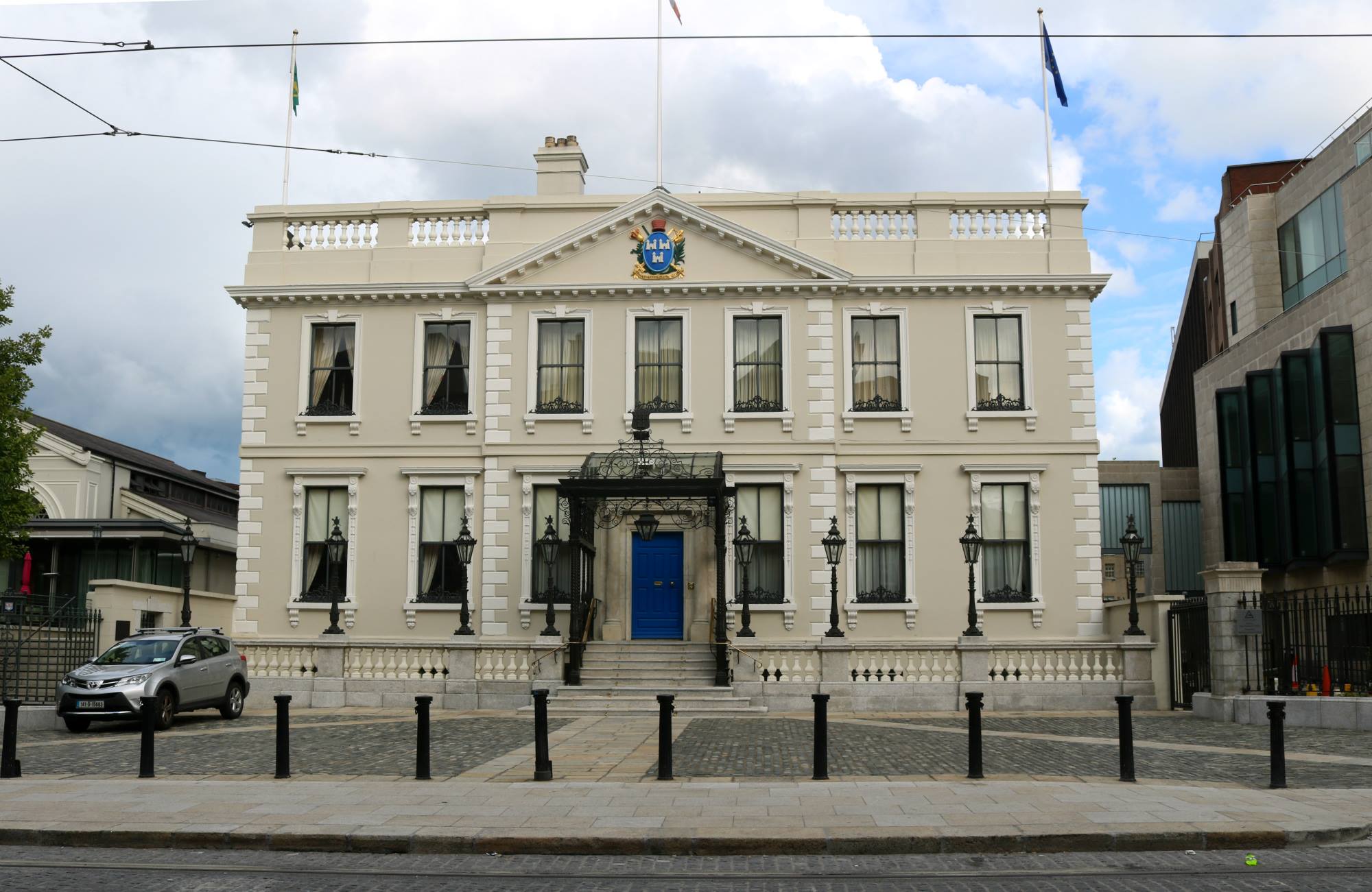 In 1720 the Church of St. Anne was constructed for the newly created parish of St. Anne’s and the area continued to develop quickly. Café en Seine, which occupies numbers 39 and 40 Dawson Street, would have likely been built in this first phase of construction between 1706 and 1730 when Viscount Molesworth’s land east of Dawson Street began to be developed right at the beginning of the Georgian era giving the area much the same layout as we know today. 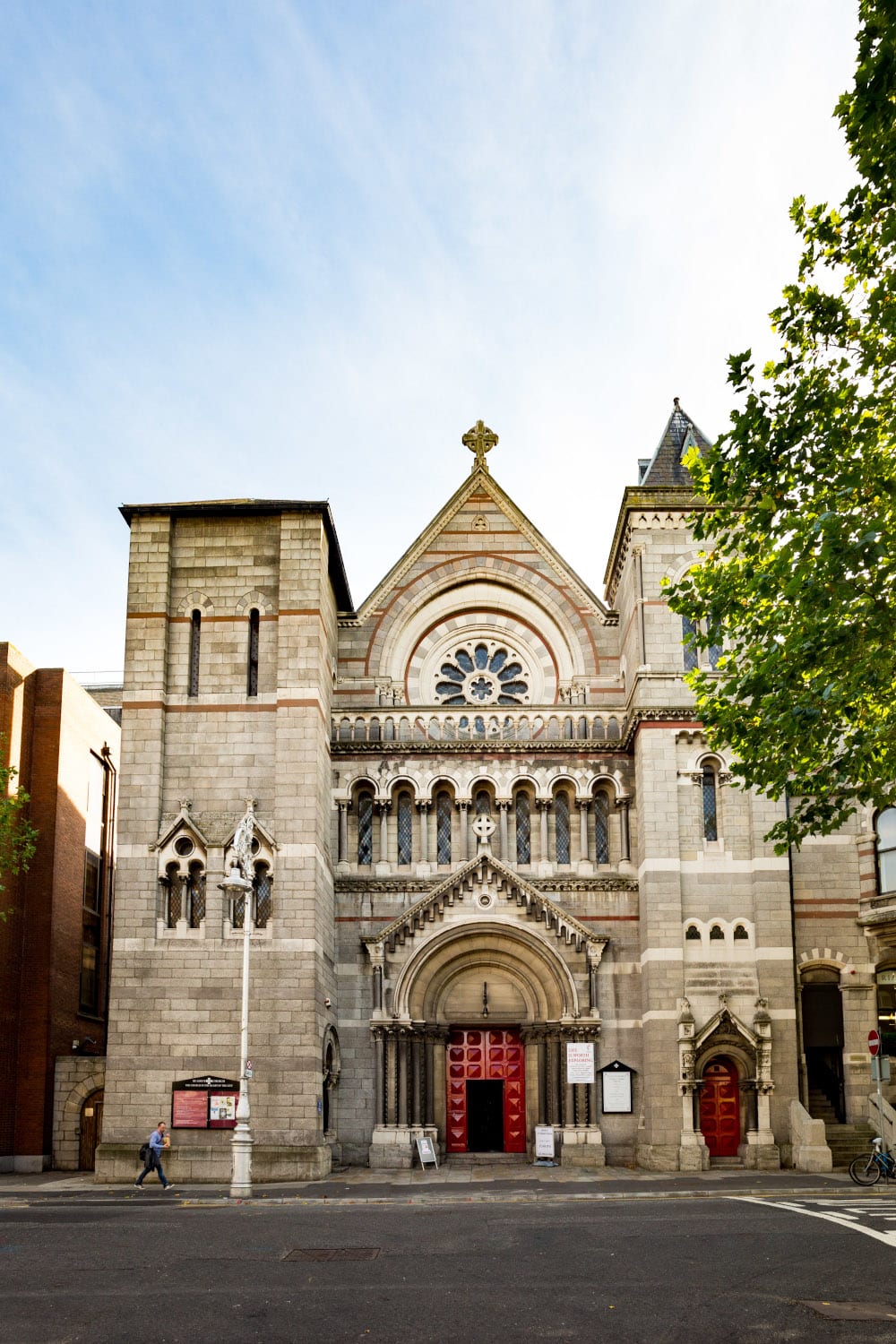 What was once swampy, marshland had quickly become one of the most fashionable addresses in Dublin. The four sides of St. Stephen’s Green, then a private park only for wealthy residents who paid a guinea a year for access, was rapidly being developed.

By the 1740’s the Earl of Kildare had built an enormous Mansion, designed by the famous Richard Cassels, as his main city residence on Kildare Street. This is the building we know today as Leinster House. This decision by the Earl of Kildare suddenly made south of the city far more popular as a place to live. He famously remarked, “Where I go, fashion will follow”. And follow it did. Many wealthy residents moved to the street, and one early resident was William Parsons, the Earl of Rosse. Parsons is most associated with Birr, Co. Offaly where he had a country estate and built the world-famous Birr telescope, but his townhouse was none other than 40 Dawson Street – now home to Café en Seine.

Born in 1800, Parsons was a peer in the House of Lords but had a huge interest in science and astronomy. He built the Birr telescope himself, which remained the largest telescope in the world until many years after his death. His greatest contribution to science was to be the first man to correctly identify the make-up of a nebula! His discoveries caused a sensation in the scientific community when he presented them in the 1840’s. 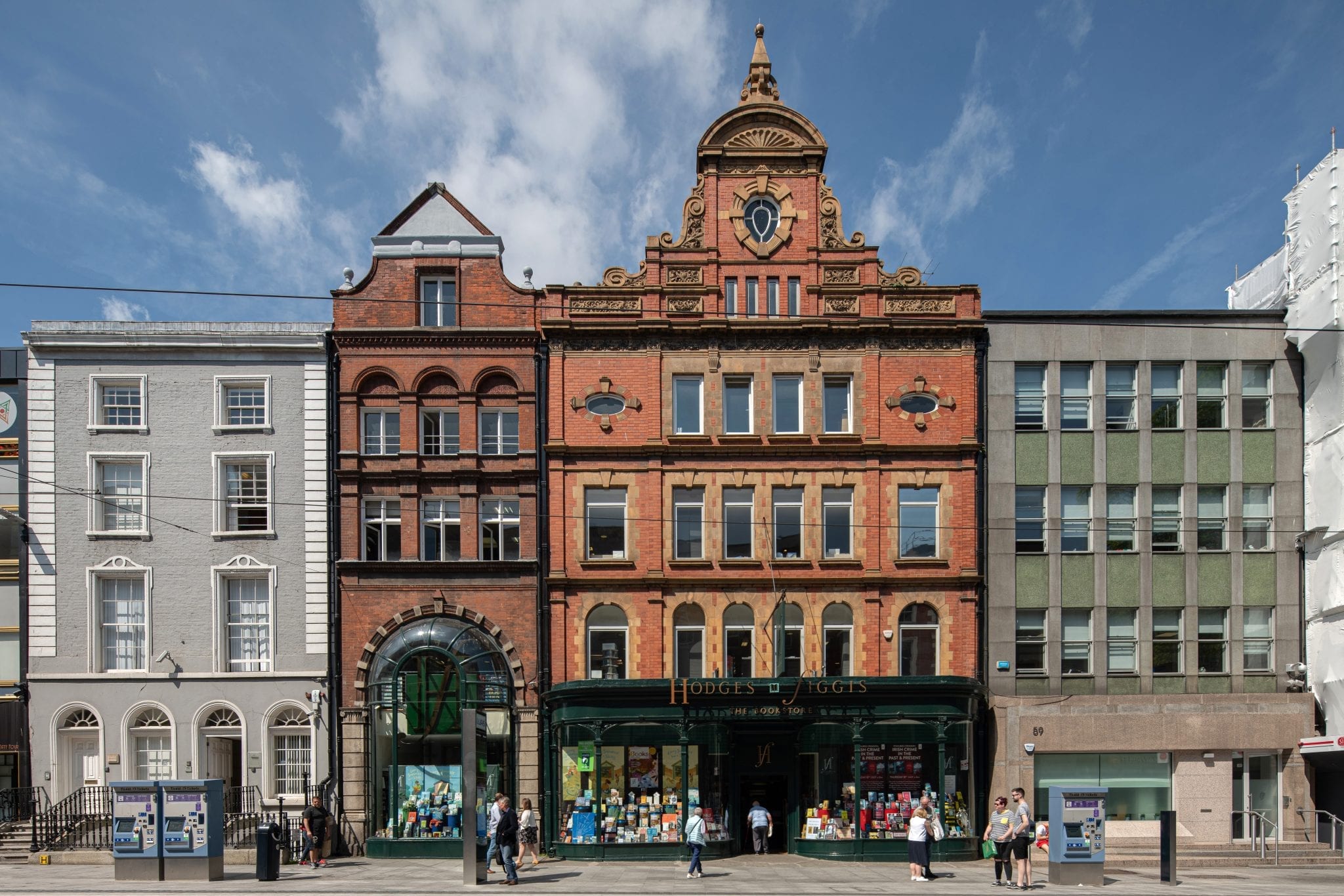 In the 19th Century the advent of the motor car saw major changes to the street with many premises becoming lavish car dealerships for the city’s wealthiest citizens. The continued presence on the street of the RIAC (founded in 1901) harks back to this era. Another elder statesman of the street is Hodges Figgis, founded in 1768 (making it one of the oldest bookshops in the world!), and although it spent much of its existence on nearby Grafton Street it has traded from Dawson Street since 1945. In more recent years there have been further changes to the street. In 1983 the old Hibernian Hotel was demolished to make way for the Royal Hibernian Way and the street began to become home for major stock brokers and insurance companies. Since the 1990s there has been a gradual shift towards more bars and restaurants on the street such as Marco Pierre White’s or 37 Dawson Street.

But while there has been rapid change in the area I still believe that if Joshua Dawson were to return to the street for a day he would still feel at home, his old house is relatively unchanged, as well as his local parish church, while the beautiful Georgian splendour of many of the neighbouring townhouses endures to this day. 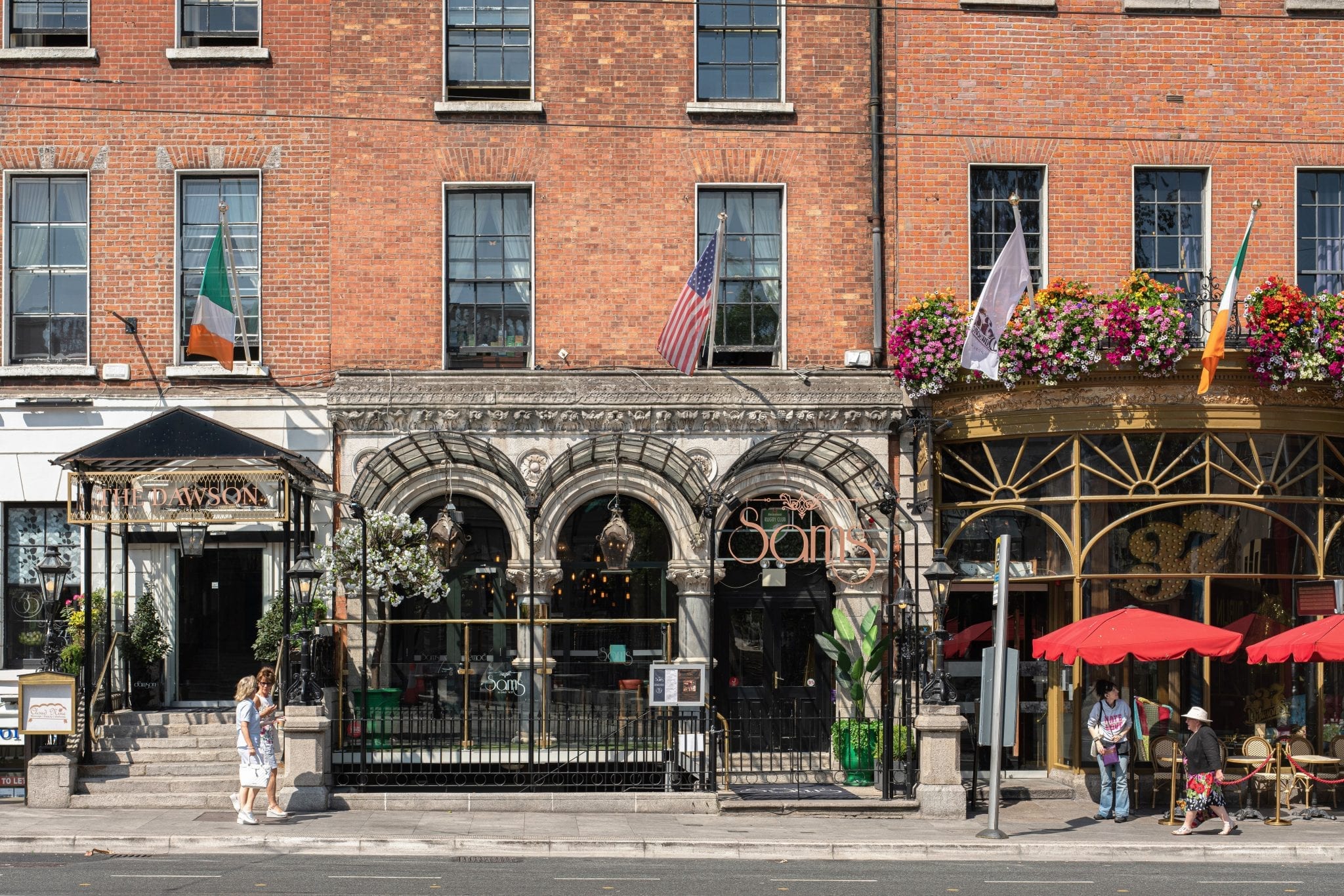 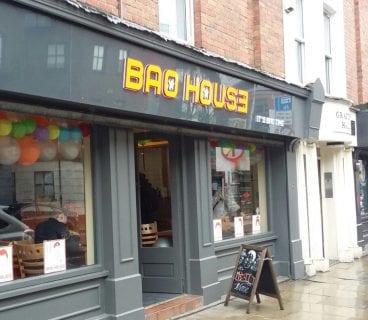 Top Places to Get Pizza that are Unique to Dublin 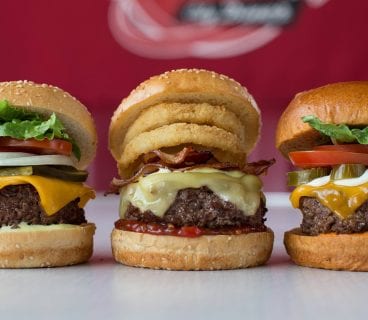 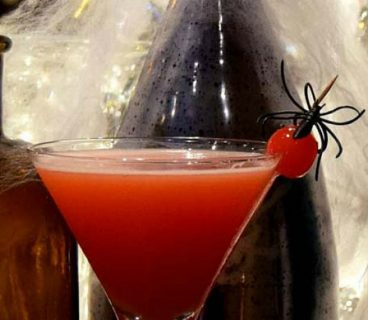 Where to find the Spookiest Cocktails in DublinTown