Laurence B. McMahon was an interesting character who packed a lot into his life. By the time he was 18 he was already an Irish Rugby international and scored a try on his debut against England in Twickenham as a centre in the Irish XV.

He won 12 caps for the Irish team and scored a total of three tries and a penalty. He studied at UCD and founded his own legal practice on O’Connell Street around 1937 at the age of 25. 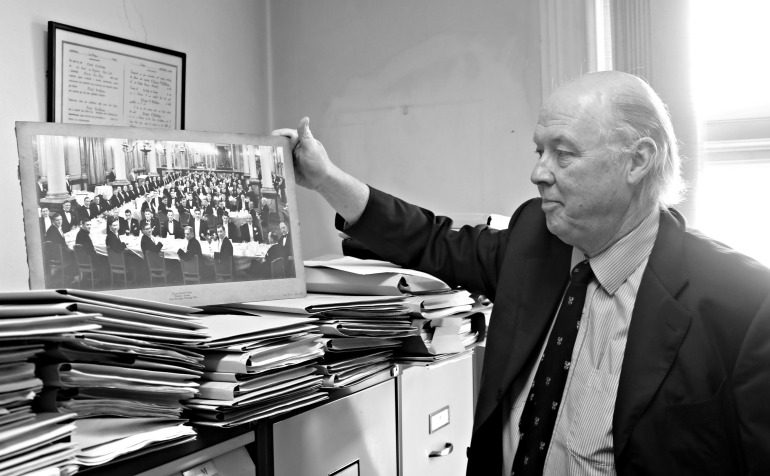 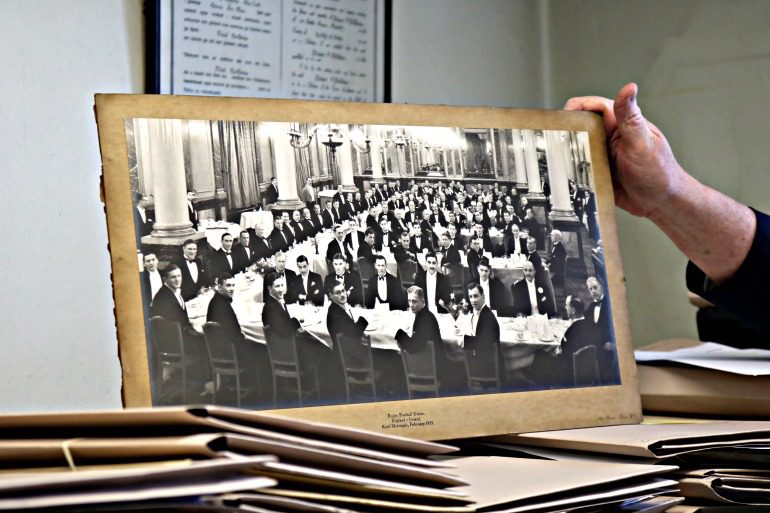 Initially the offices of L.B. McMahon Solicitors were based at 9 Lower O’Connell Street (now Café Nerro) but by 1950 L.B. had moved to the attractively named “Prosperity Chambers” at 5-7 Upper O’Connell Street.

Talking to Laurence’s son David and grandson Ross, who continue to have the McMahon name in Dublin legal circles after three generations, it’s clear that “L.B” as they affectionately refer to him, was quite a larger than life character. After his playing days as a Brian O’Driscoll of the 30’s were over he continued his involvement with Rugby, being at various times the President of the IRFU and a selector for an Irish team that won two Triple Crowns.

Indeed many of the Dublin based selection committee would meet and discuss their picks in the McMahon offices on O’Connell Street before travelling the short distance down to the Gresham Hotel to meet their IRFU colleagues from Belfast to finalise the XV.

David followed in his father’s footsteps and became a solicitor, as did his son Ross, between them they now have over 50 years of legal experience and deal with everything from wills and conveyancing to the duties of a Notary Public, they now trade under the name David McMahon & Co. Solicitors. Ross and David have clients from all over the country but list many local businesses from the Dublin One area among their clients.

One source of business that has grown in recent years is among Ireland’s growing Asian community, who avail of the McMahon’s professional services in relation to immigration and Inward Investment Law for the increasing number of small and medium sized businesses. 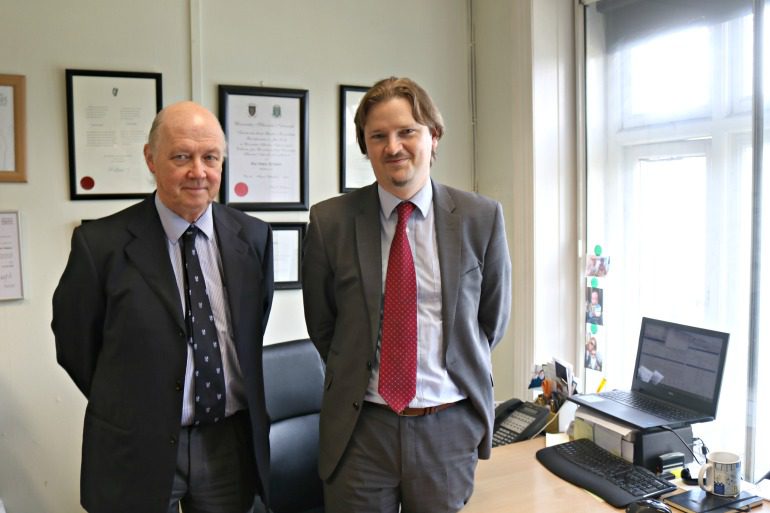 While the nature of the legal business is modern and ever changing the offices that have been home to the McMahon family business for nearly 70 years are full of the family and business history. The original offices were built after the devastation of the Easter Rising, the room had it’s own fireplace and a caretaker lived on the buildings top floor and helped to service each business.

The original safe, a huge, hefty fireproof monster that was bought by L.B. is still used to this day and in the practice’s archives are title deeds, records and legal textbooks that date back centuries. 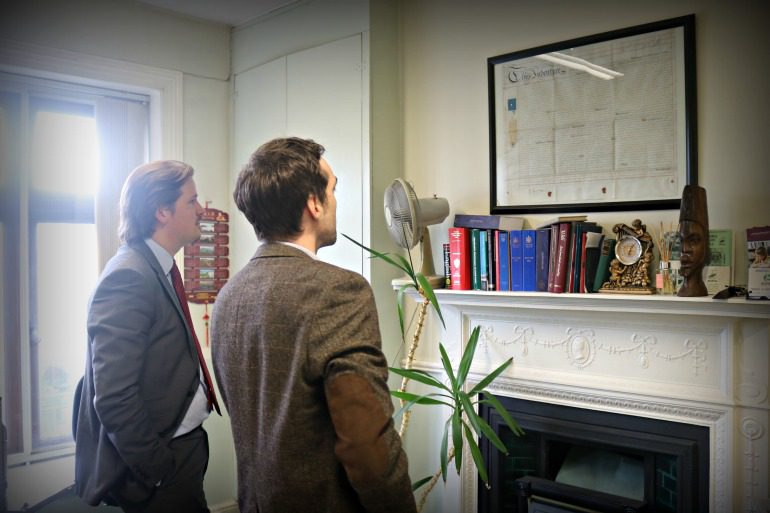 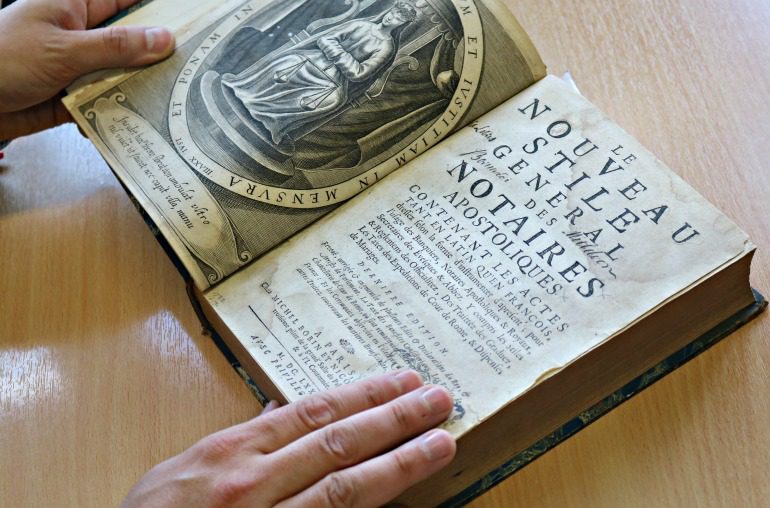 David, Ross and their staff are clearly happy to be still based in O’Connell Street. Ross talked about enjoying the walk into work each morning from Dublin 7, through the markets, Capel Street and up Henry Street to the office, occasionally stopping for a coffee or a bagel in Cafe Aroma on the way in.

The office is close to great supermarkets and food shops if he ever has to nip and out and grab something for dinner and there’s a great view from the 3rd floor windows for events like the St. Patrick’s Day parade. 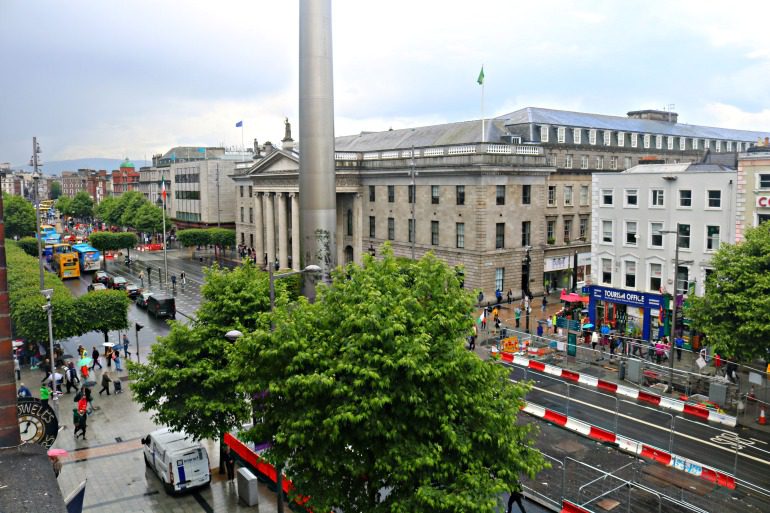 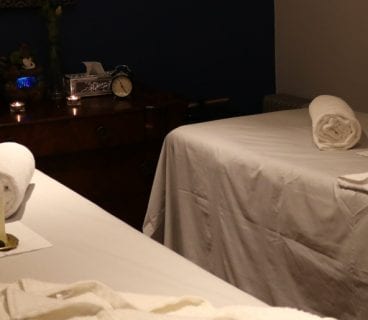 Step Inside the Himalayan Beauty and Wellness Lounge 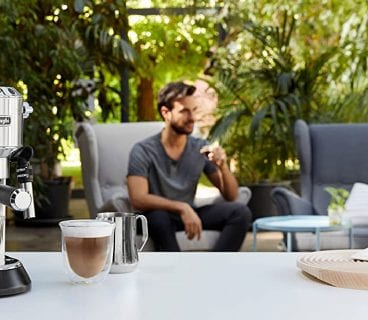 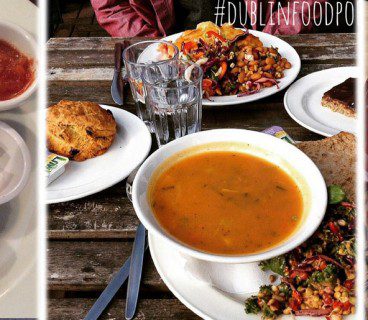 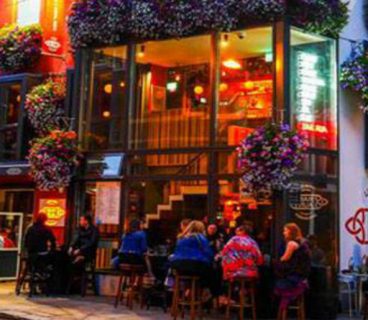 Give Up Yer Aul Sins With These Unique Dublin Bars