The Story Behind Plaques of Dublin and Commemoration Sign ​

The Story Behind Plaques of Dublin and Commemoration Signs

Written by Gerry Farrell on April 8, 2015. Posted in Shop

The poet Patrick Kavanagh once wrote of a “footfall tapping secrecies of stone” and as I walk around Dublin that phrase often rings true.

If the paving stones of our footpaths and the bricks of our buildings could talk to us about the lives once lived in our city they would have quite the story to tell. The thing is that on occasions the walls and pavements of our fair city do talk to use. Though you may pass them by with scant regard the streets and buildings of DublinTown are filled with a vast array of stories from the past in the form of the various plaques and commemorations that adorn bricks, flagstones and pillars. Below are a couple of our personal choices that may have bypassed your attention. 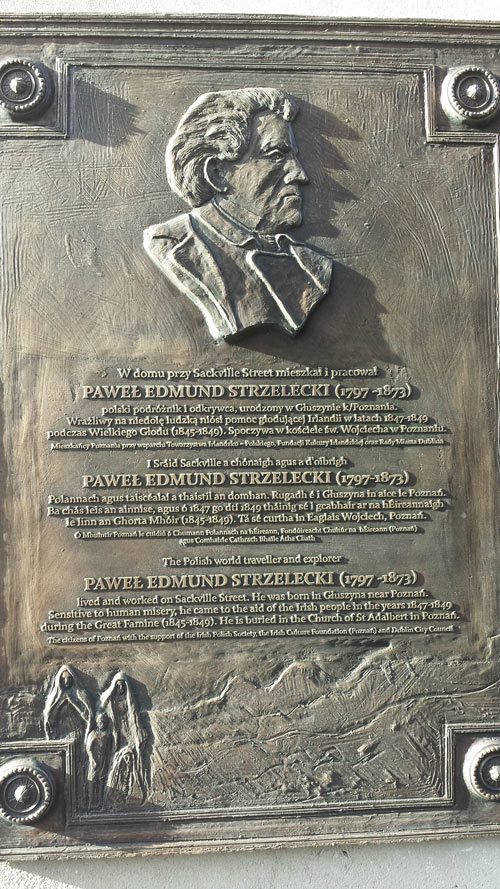 Pawel Edmund Strzelecki was born in 1797 in what is now part of the modern city of Poznan, Poland. A soldier, and an early European explorer through much of Australia, Pawel’s association with Ireland began during the Great Famine when he was sent to Dublin to help distribute supplies donated to relieve the chronic hunger gripping the worst affected areas of the country. Such was his devotion that he even succumbed to “famine fever”, a horribly debilitating illness that was believed to have been spread by lice. Due to his previous connections with Australia he was also well placed to help those Irish families who wished to emigrate there to start new lives. 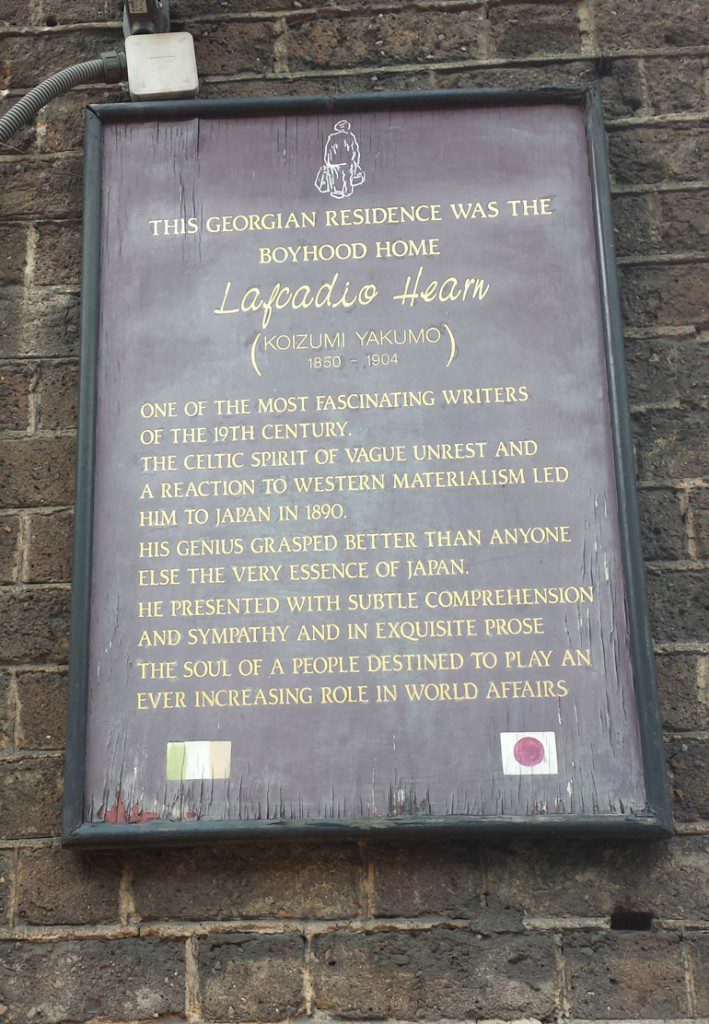 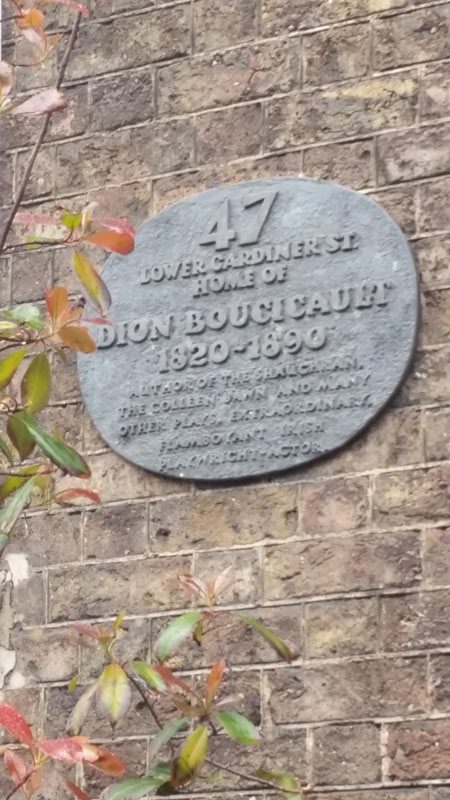 Patrick Lafcadio Hearn was born on June 27, 1850, on Lefkada, an Ionian island. The son of a Greek mother and an Irish army surgeon who parted ways shortly after his birth, Hearn was sent to live with relatives in Ireland, specifically 47 Gardiner Street Lower which is now the Townhouse hotel.

His upbringing left him with an unshakeable interest in ghost stories and the occult. He spent time living in Cincinnati and later New Orleans not long after the end of the American Civil War. Later in life he moved to Japan where he ended up teaching English in Tokyo Imperial University. It was his writings during his time in Japan that would secure his cultural legacy, especially his celebrated writings on Japanese folklore and ghost stories which have been made into feature films and manga cartoons.

The neighbouring building was home to Dion Boucicault another writer of note, Boucicault was born in Dublin in 1820 and was a man of many talents. He was an actor, theatre manager and playwright. He helped to define the role of the “stage – Irishman”, while his work tackled risqué subjects for the time such as mixed-race marriage. His writings, often combining Victorian melodrama with farcical comedy remains popular and the Abbey Theatre produced Boucicault’s Arrah na pogue as recently as 2011. 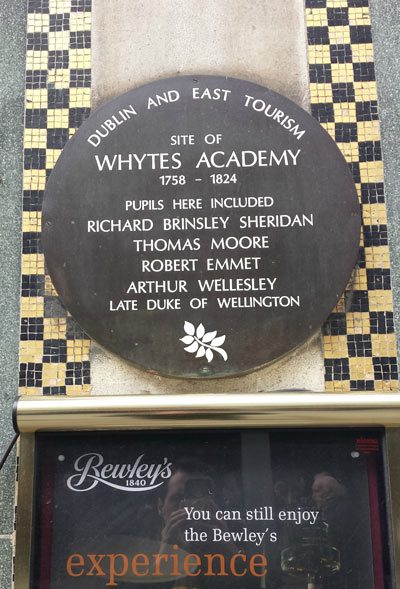 Grafton Street is the busiest street in the county, and Bewley’s café (currently under refurbishment) is one of its most popular businesses, but many people walk by this impressive plaque without noticing it. Bewley’s was the site where the famous Whytes Academy was established, an English Grammar School, and among its famous students included writers, composers, rebels and politicians. Some famous past pupils were Richard Brinsley Sheridan, one of the foremost playwrights of the day, famous for plays like The Rivals and School for Scandal he was also an MP for over 30 years and is buried in the Poet’s Corner of Westminster Cathedral.

Thomas Moore, born in nearby Aungier Street who is best remembered as one of the most popular songwriters of the 19th Century, his notable works including The Last Rose of Summer, the Minstrel Boy and aptly The Meeting of the Waters as his statue resides over a former public toilet! His works are referenced extensively in the writings of James Joyce and he has a statue next to Trinity College where he was a student, (the statue has been temporarily relocated for the Luas works) and the Westin Hotel.

Robert Emmet the nationalist leader was executed in 1803 at the tender age of 25 on Thomas Street in the city centre. He had been involved in the 1798 rebellion as well as being the leader of the failed revolt that took place in 1803 and which lead to his arrest and death. He remains a hugely significant figure in Irish Republican history, was the subject of songs and poems, as well as a fairly inaccurate play by Dion Boucicault (mentioned above), and has several towns and counties named after him in the United States.

Arthur Wellesley, better known as the conqueror of Napoleon, a two-time British Prime minister and the 1st Duke of Wellington was born in Dublin where the Merrion Hotel now stands. As well as his famous victory at the Battle of Waterloo which is commemorated by the imposing Wellington monument in the Phoenix Park (the monuments’ metal plaques are sculpted out of captured Napoleonic cannon), the Iron Duke during one of his terms as Prime minister brought the Catholic Relief act of 1829 into force which gave Catholics almost full Civil Rights under British law and meant that Members of Parliament like Daniel O’Connell could finally, officially take their seats in Westminster.

Quite the collection of old boys from Samuel Whyte’s Grammar school, give them a thought next time you stop into Bewley’s for a coffee. 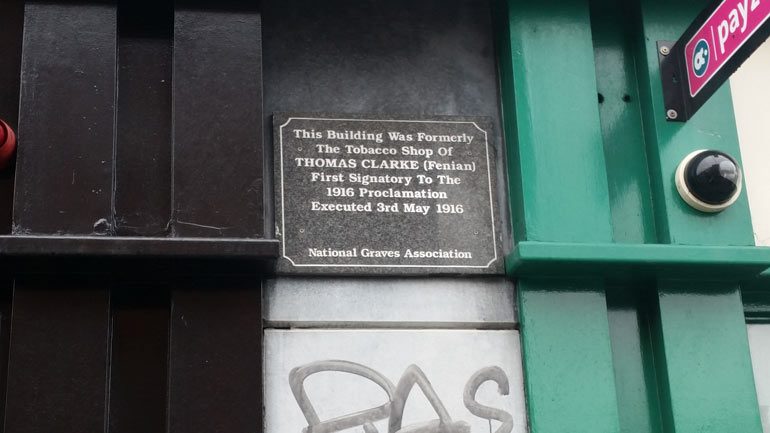 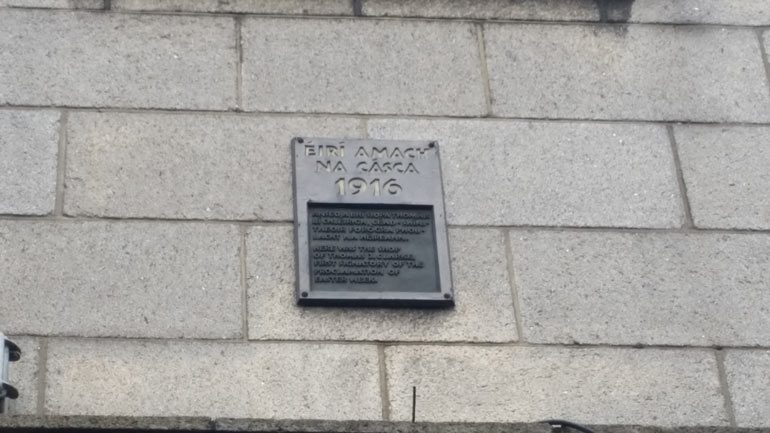 Thomas Clarke has two plaques which bear his name, both above the tobacconist shop he ran on the corner of Parnell Street and O’Connell Street. As well as selling cigarettes, sweets and other sundry items he also used his business as a meeting place for other members of the IRB. British forces were well aware of Clarke’s Republican past, including his earlier attempt to blow up London Bridge and would often keep the shop under surveillance!

Clarke fought during the Easter Rising in the GPO garrison, only a stone’s throw from his shop. As one of the seven signatories of the proclamation he was sentenced to death and despite possessing American citizenship (which would save Eamon De Valera’s life) he was executed by firing squad on May 3rd 1916. His wife Kathleen would continue on with his political ideals as a TD and Senator and also as the first female Lord Mayor of Dublin. A newsagents shop still trades to this day from the same spot as Clarke’s original tobacconists. 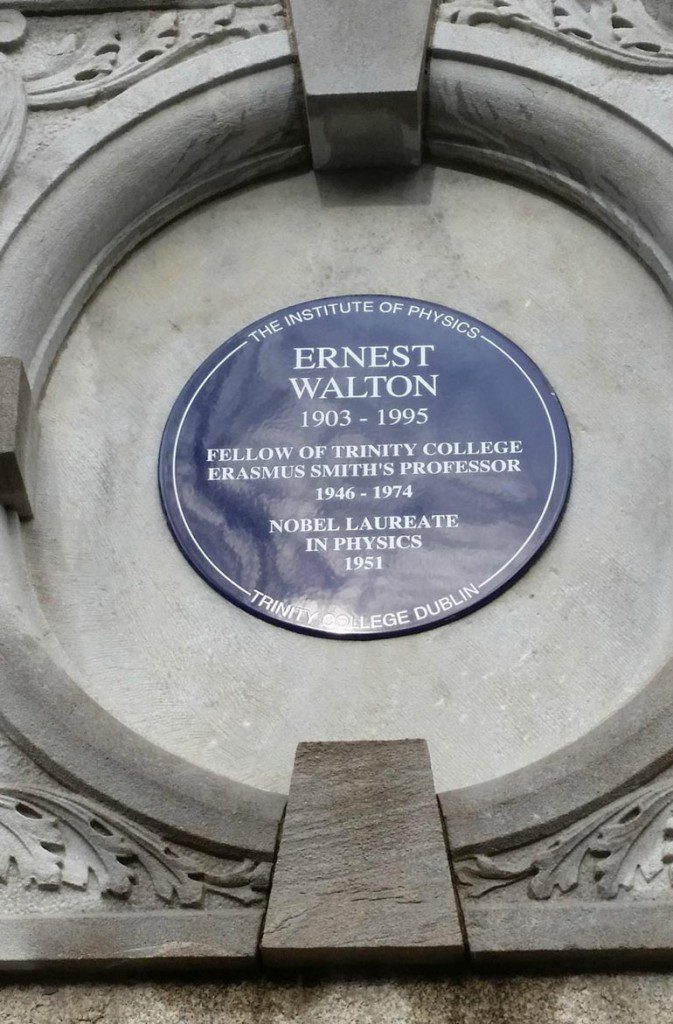 In Ireland many of us would be aware of the contributions of our Nobel laureates in the field of literature, Heaney, Beckett, Shaw and Yeats are well known and oft-quoted. They have featured on banknotes and stamps and in TV documentaries, their faces look out on us from displays in Dublin airport next to quotes from their famous works.

Less in known of Ernest Walton, a scientist and lecturer in Trinity College who won the Nobel Prize for Physics in 1951 and who helped bring about the “atomic age”. Ireland has a rich scientific history which includes contributions of note from the likes of Robert Boyle and William Rowan Hamilton to the wonderfully named Robert Mallet, the father of seismology.

Walton, who had been a student of fellow Nobel laureate Ernest Rutherford, along with his colleague John Cockcroft were among the first people to effectively “split the atom” and were responsible for the development of an early type of particle accelerator. His plaque is tucked down the back of Trinity College on the School of Physics building. 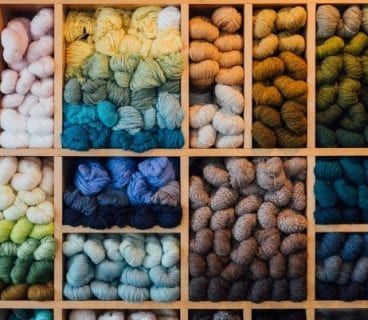 This is Knit now offer a Virtual Personal Shopper 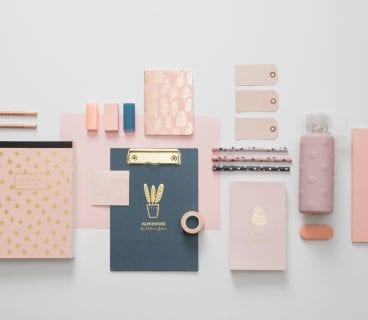 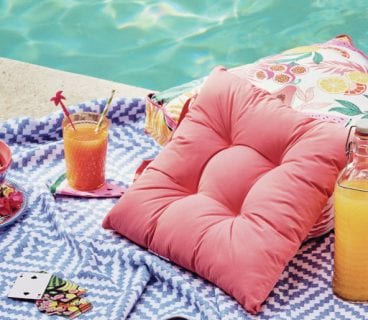 Penneys Tropical Homeware is EVERYTHING This Summer! 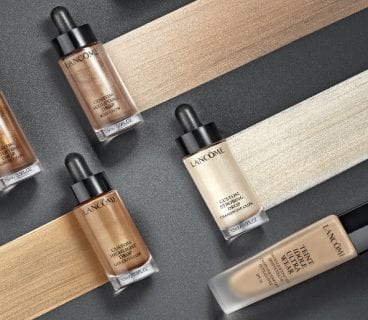 How To Create The Perfect Subtle Valentines Look