Get On Board and Tap To Give For Good - DublinTown ​

Get On Board and Tap To Give For Good

‘Tis the season for giving’ and this year DublinTown and Visa have launched their Tap to Give for Good Christmas campaign that features a very festive double-decker bus!

For us, there’s nowhere like Dublin at Christmas and this campaign is helping give back while you shop and socialise in the city throughout the month of December.

Dublin City Centre is unrivalled when it comes to shopping and socialising and this Christmas is no different. DublinTown and Visa have joined forces to create a new ‘Tap To Give For Good’ festive charity partnership that makes it easy and fun for Dublin city visitors to give to deserving children and family charities this Christmas and into 2020. 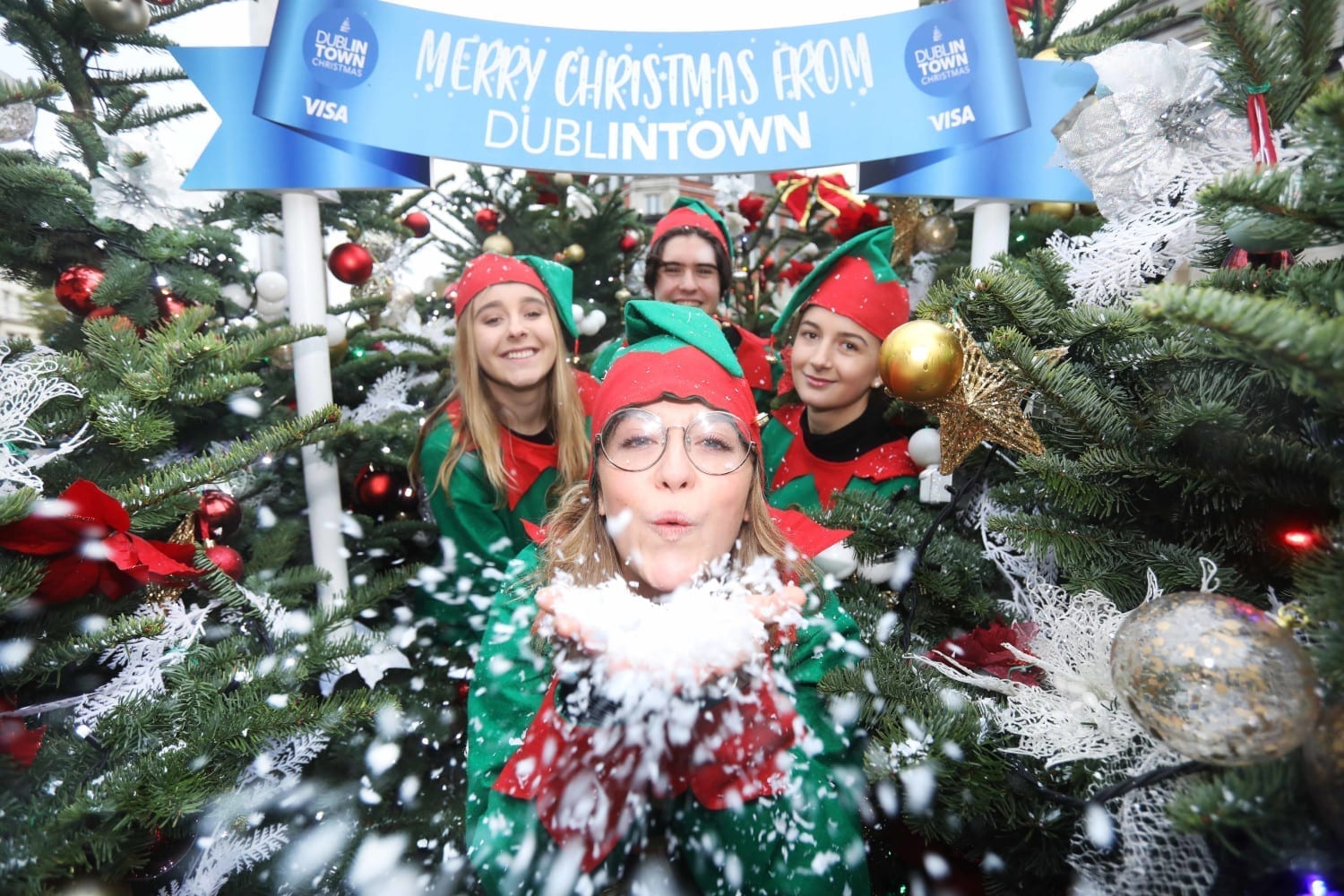 From December 2nd and for the first time in the city, twenty Dublin businesses will host ‘Tap to Give for Good’ contactless donation devices that are powered by Visa, enabling shoppers to instantly donate to Focus Ireland, the ISPCC and Little Blue Heroes, starting from just €3. Customers will have the opportunity to support these worthy causes over the festive season and during 2020 as the contactless donation devices will become a regular fixture.

Every weekend throughout the month, shoppers can also visit the new DublinTown and Visa ‘Tap to Give for Good’ Christmas Bus. Experience Dublin city’s first open top snow-covered alpine forest for a unique festive photo opportunity and wrap presents for our charities to give to children at the Christmas Elves’ Workshop, whilst giving back to very worthy causes. All of the presents to be wrapped have been kindly donated by Starbucks.

The bus will be open to the public on the following dates and locations: 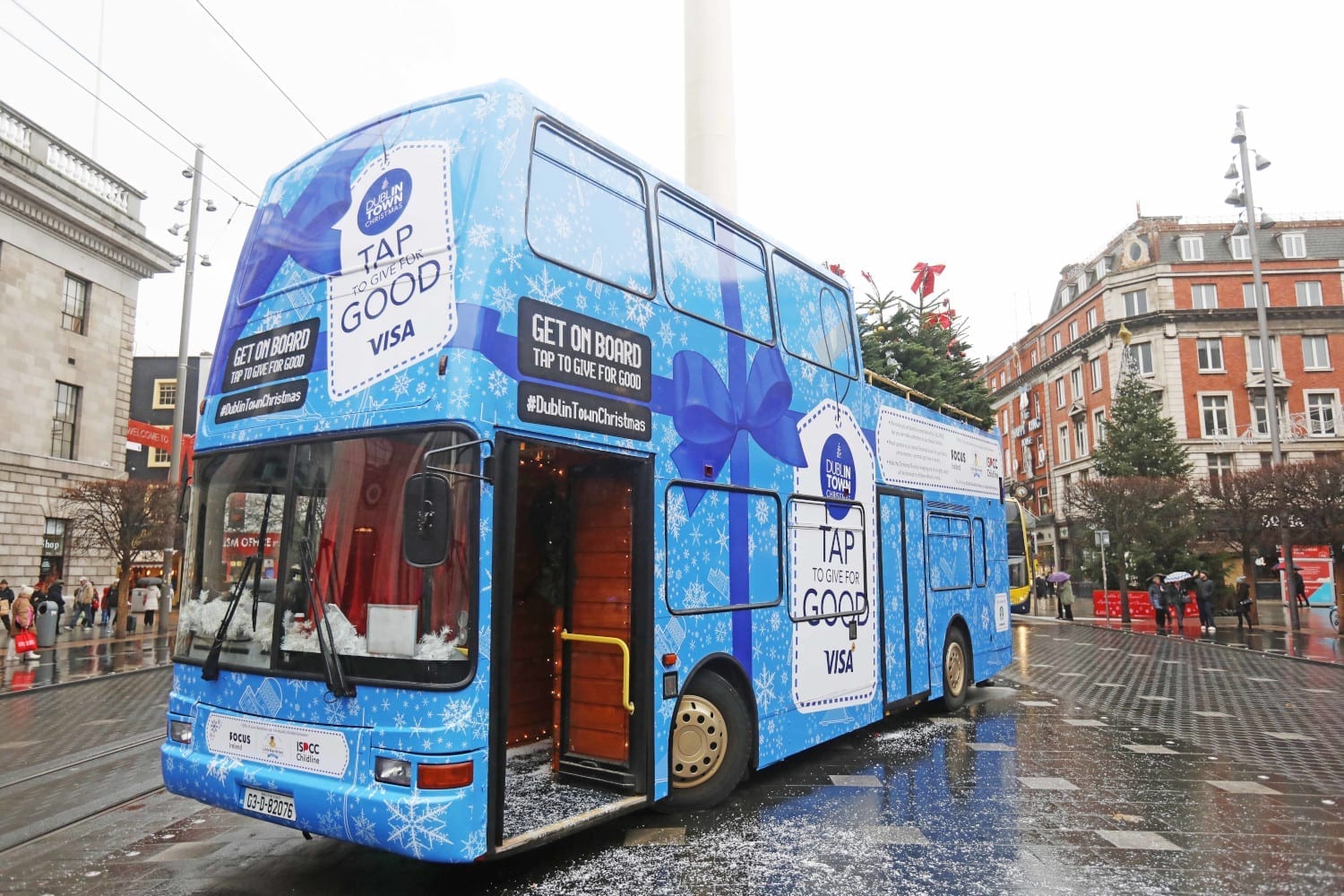 Following on from the success of last years’ DublinTown Christmas ChariTree campaign, all money raised through the new contactless donation devices powered by Visa in participating businesses and at the Christmas Bus, will go directly to the charities, which act in service of our city’s most vulnerable and sick children and families.

Donations start at €3 and scale up to give €5, €10 and €20 if donators so wish. 100% of donations by the public will be split evenly between the charities with DublinTown covering any admin fees. For those seeking to create new special Christmas memories, the new DublinTown and Visa ‘Tap to Give for Good’ Christmas Bus will alternate on a daily basis across every weekend in the run up to Christmas between Stephen’s Green near Grafton Street and O’Connell Street next to The Spire. Full details can be found on DublinatChristmas.ie or DublinTown.ie.

Commenting on the launch of the new Christmas campaign, CEO of DublinTown Richard Guiney said; “Dublin city offers a unique setting and experience at Christmas and our members expect to welcome 16 million people into the city centre to shop, socialise and celebrate over the festive season. Given the huge footfall, we are uniquely placed to support the Christmas tradition of giving with approximately €650 million expected to be spent over the course of the Christmas period in Dublin City Centre.

“Irish people have an unrivalled reputation for generosity, and at a time characterised by the act of giving, DublinTown wants to make it easier and more fun to give than ever before, and in doing so, raise much needed donations to fund the work of our deserving family and children charities, the ISPCC, Focus Ireland and Little Blue Heroes.” 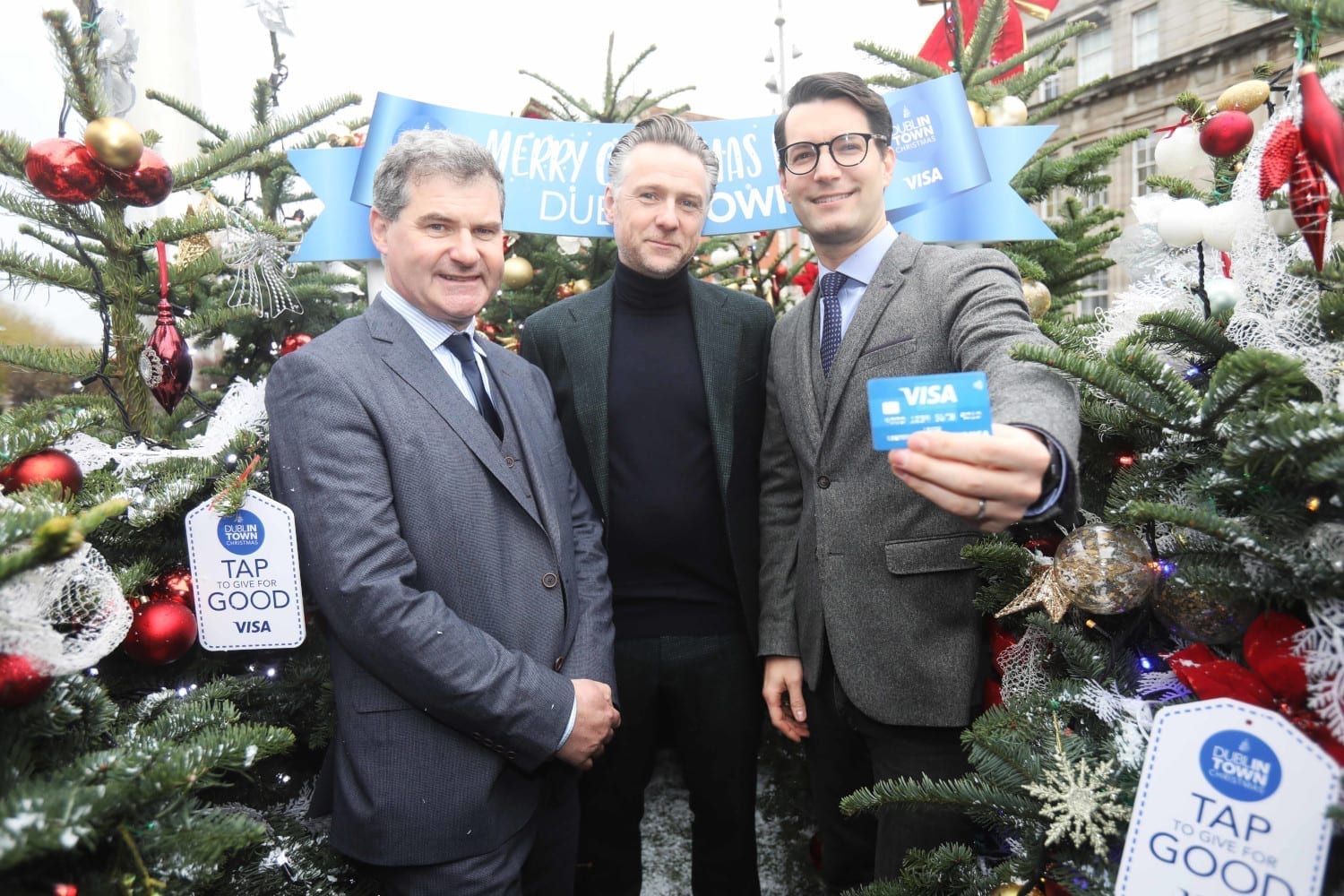 Philip Konopik of Visa Ireland added; “We are very proud to once again be working with DublinTown on a unique Christmas charitable campaign. With the support of participating retailers, contactless donation devices will be available at multiple locations across the city centre, making it easier and more convenient for Irish consumers to donate to deserving charities over the festive period.

“Contactless payments are more popular than ever before, and now consumers can simply tap to donate with their card or mobile device at the city’s most popular retailers and merchants. We hope this will help boost donations in the run up to Christmas and make a positive contribution to our charity partners.”

For further information on DublinTown and Visa ‘Tap to Give for Good’ visit DublinatChristmas.ie or DublinTown.ie. 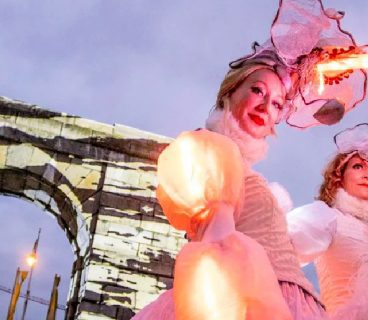 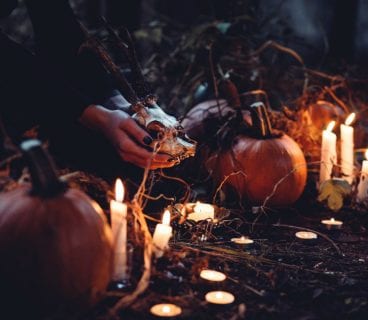 What’s On over the Halloween Bank Holiday Weekend 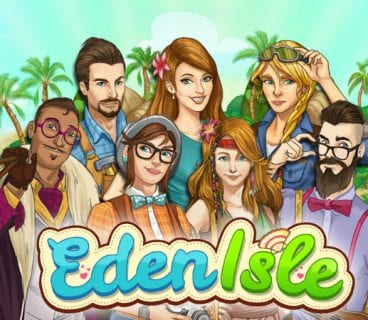 Getting to know Simteractive: the Award-Winning Mobile Game Development Studio 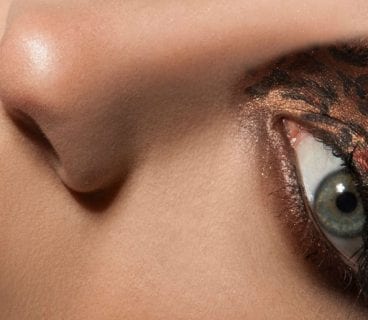