St Marys was constituted in 1825 and is one of the four mensal parishes of the Archbishop of Dublin. From time to time the Pro-Cathedral hosts events such concerts and choirs. It’s a truly gorgeous church, featuring beautiful floor tiles, a crypt, and stained glass windows. Every day there is a constant stream of people dropping in to light a candle and say a quiet prayer. A lovely peaceful haven in Dublin City Centre.

Presidents, governments and foreign ambassadors come to the Pro-Cathedral on great national occasions.  The Lord Mayor and the County Council come to extend Christmas  greetings to the Archbishop on behalf of the citizens of Dublin.  Tourists include St Marys on sightseeing trips around the city, and during the summer there are nearly as many foreign visitors as native Irish at the Sunday Masses.  But above all, this great church belongs to the people of Dublin, who know it affectionately as the ‘Pro’.  In an echo of earlier days, there are still residents in the neighbourhood who still refer to it as ‘the Chapel in Marlborough Street’.  Every day there is a constant stream of people dropping in to light a candle and say a quiet prayer.

Few buildings have such a close association with significant moments in the political and religious history of Ireland as the Pro-Cathedral has had for nearly two centuries.  Compared with cathedral in other European capitals, St Marys is neither ancient nor awesome.  Its site was a compromise, and it does not have an impressive facade of statuary, an exquisite rose window or a magnificent spire to be seen from afar.  However, neither is it a museum; it is a living church, and it continues to be, as Archbishop Troy wanted it to be, a heart for the city and an active house of God. 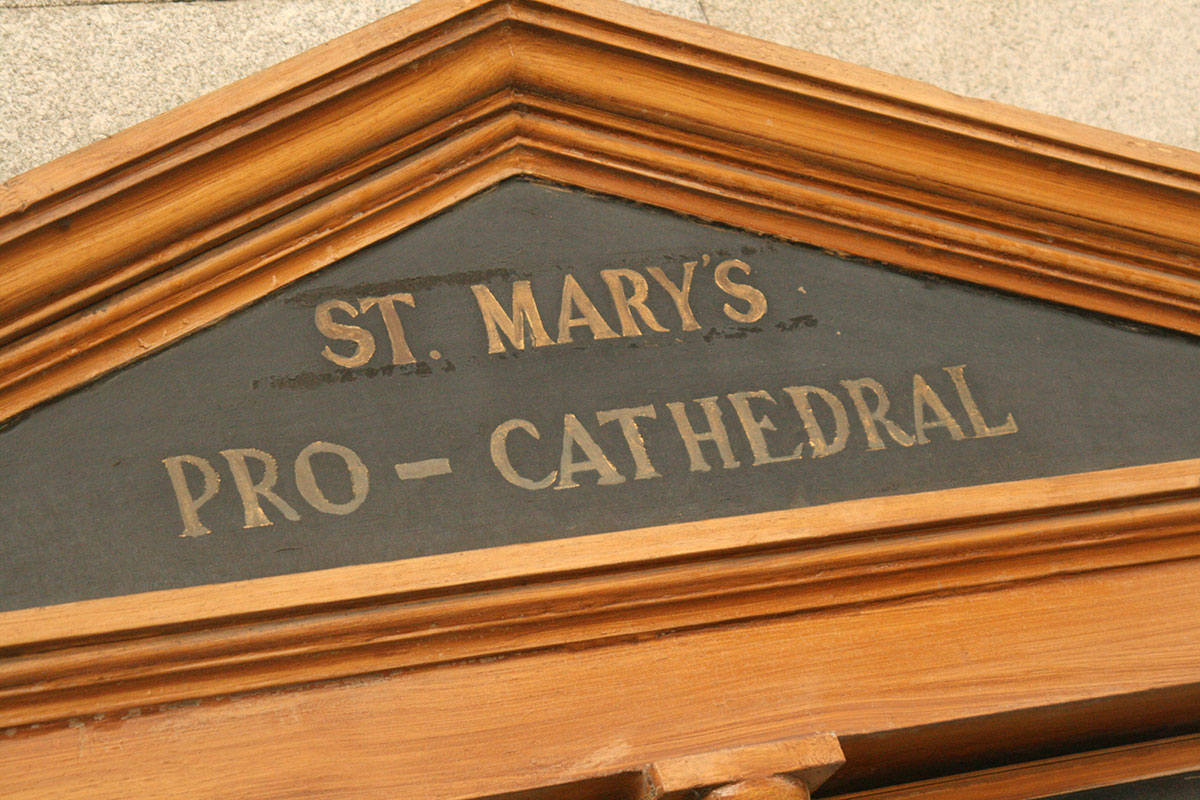