Bulleit Bourbon have announced a match made in heaven as they present a Beer, Bourbon and BBQ Festival in Bison Bar and BBQ

For 3 days, the FREE BBQ event will take over Bison Bar and BBQ and the outdoor rooftop of The Workman’s Club. Kicking off from Friday, 24 May and running right across the weekend through to Sunday night. Yep, entry is free. All you gotta do is turn up. 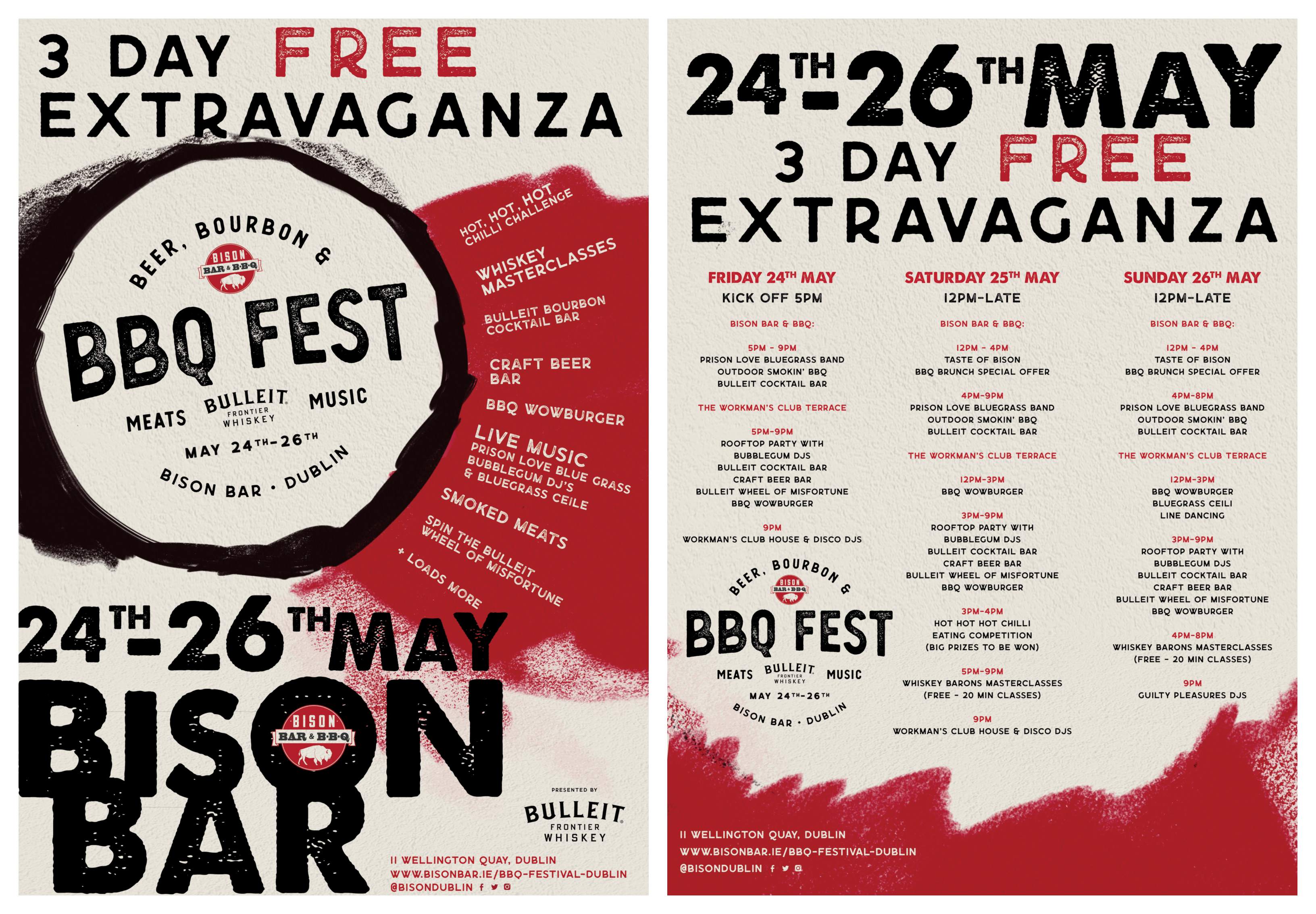 Saddle up and head on in to Bison Bar on Wellington Quay to experience the serious taste of the best barbecue and bourbon this side of the Lone Star State.

Think succulent brisket, delicious pulled pork, racks of ribs as far as the eye can see – all under the one roof. The lads have put it like this: “Basically, if it fits in our smoker we’re serving it”.

The Taste of Bison Special is available from 12-4pm daily (or until it runs out), and comes with a signature Bulleit serve.

The first 100 BBQ fans over the Bison Bar threshold will receive free Bulleit cocktails, accompanied by complimentary BBQ Bites from their talented chefs to give you a real taste of what the weekend is about.

Beer, and lots of it, will be a major feature of the festival too. The Workman’s rooftop will have pop up craft beer stalls from leading suppliers such as Wicklow Wolf and Crafty Bear.

The Beer, Bourbon and BBQ Festival at Bison Bar kicks off at 5pm on Friday 24th May and runs til late throughout the weekend. Live music and attractions start from 3pm – late on Saturday 25th and Sunday 26th May.