Davina Devine has earned the right to icon status as one of Ireland's most recognisable drag queens & cabaret showgirls who has performed on stages all over Ireland & internationally since 2002.

Two decades on, she will be hosting her 20 Year Drag Jubilee at The George on Thursday December 8th, 2022, with the one and only Melanie C also known as 'Mel C' but best known as ‘Sporty Spice’ from pop culture icons; The Spice Girls. 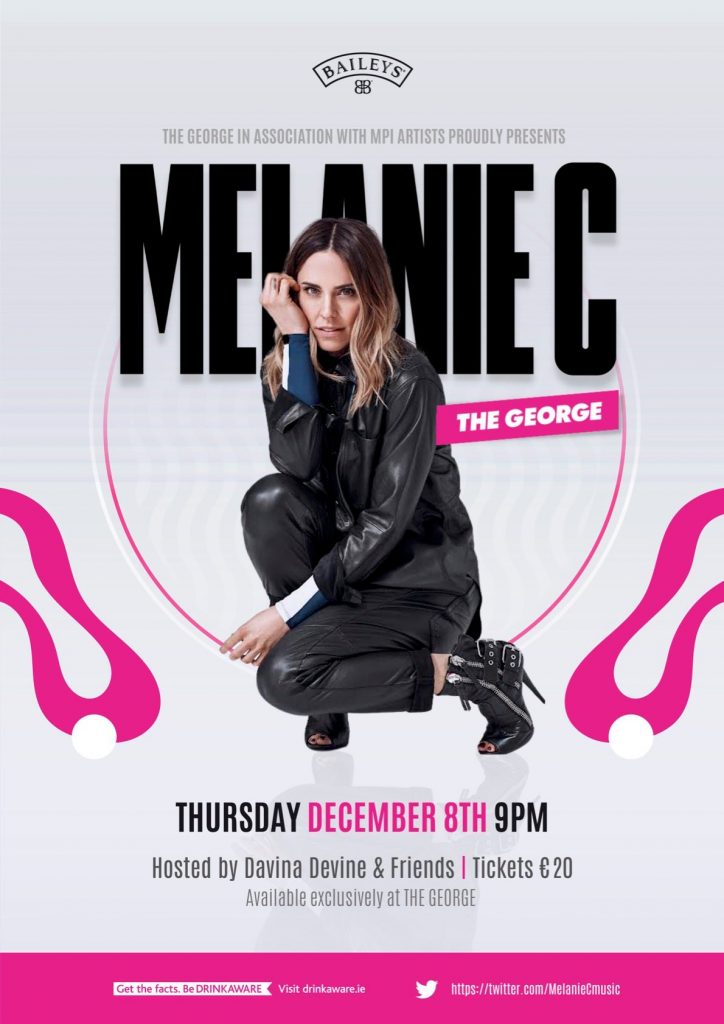 The weekly host and headliner at Ireland's premier LGBTQ+ venue has hosted many high-profile acts over the last two decades such as The Saturdays, Kelis, Samantha Mumba & Katie Price to name a few.

Sashaying back to 2002, when currency in Ireland was transitioning to the euro and the Irish football team last qualified for The World Cup, Davina and The George were paving the way for LGBTQ+ community in Ireland through the creation of a safe place to socialise and express themselves through performing and spectating drag. 20 years on, the scene has thrived, and The George are celebrating the elevation of the LGBTQ+ community in Ireland with fun-filled pop music, party games and great prizes.

Tickets are limited and are €20 available exclusively inside The George venue.

Find out more at www.thegeorge.ie