Shore Shots Film Festival takes place from the 11th – 12th April this year and will feature footage of some of the best surfers in Europe and also some of the biggest, darkest, scariest and coldest waves in the world! In it’s third year now, more than 1,000 people passed through the doors for last year’s event with many more taking part or enjoying screenings at Shore Shots events around the country. Last year alone their footage was shown at events in Portrush, Sligo, Dublin, Clare and at the Sea Sessions Music Festival. It is a great celebration of the hugely popular surf industry in Ireland and the art of film. A lot of the guys you will see in some of the films on display risk their lives on a daily basis and do so for the love of the sea and the sport. The festival also brings together some of the best photographers and film-makers from around Ireland to showcase their work and our unique coastline to surf fans around the globe. Some of the winning films from last year have been screened at festivals in New York, Australia, Hawaii, California and all over Europe to a core demographic of well-traveled, adventure loving young professionals. But this is an event that you all can enjoy! 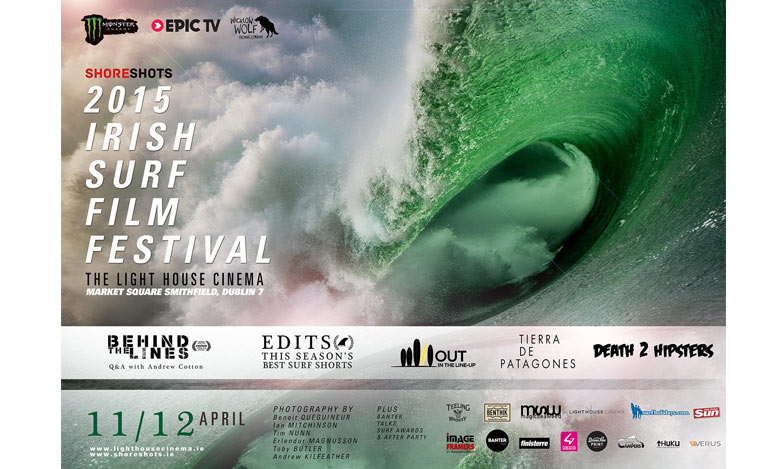 Art at The Festival

The photography exhibition at the festival will give you a dramatic view of Ireland’s world class waves and wild coastlines and will tell the stories of the athletes that surf all year round. It will feature award-winning photographer George Karbus and future stars like Christian McLeod.

This year the organizers are hoping to go one step further and open up the world of Irish surfing and the beauty of the Irish coastline to a whole new audience. They have also partnered with environmental groups and registered charities as well as some of the most exciting new businesses in Ireland to make it a truly Irish event so stick it in the diaries folks and make sure you pop down to Dublin’s Creative Quarter for a bite to eat before the shows.

Six of Dublin’s Top Venues Are Re-Opening This June