Written by Lauren O'Hanlon on May 9, 2016. Posted in Bars Culture Food Shop

The Dublin Pubs are a hot topic here in Dublin Town at the moment. As you may have seen, we created a video recently to promote these fine institutions. In response to that we had another great Dublin Town business reach out to us – Patrick Donald Photography Gallery.

Patrick Donald Photography Gallery is filled with a collection of fine art and world photography inspired by Patrick’s trips to Mongolia, Cuba, India and many other exciting locations around the world. Having said this, his photographs of the al’ Dublin Pubs are ones not to be missed.

Patrick Donald has been photographing since 1996, but it was in 2010 that he opened his gallery in Royal Hibernian Way, Dawson Street. It showcases many well known images of Ireland, in particular, the Dublin Pubs. Have a look at the black and white images below which capture some of the Dublin Pubs in all their glory. 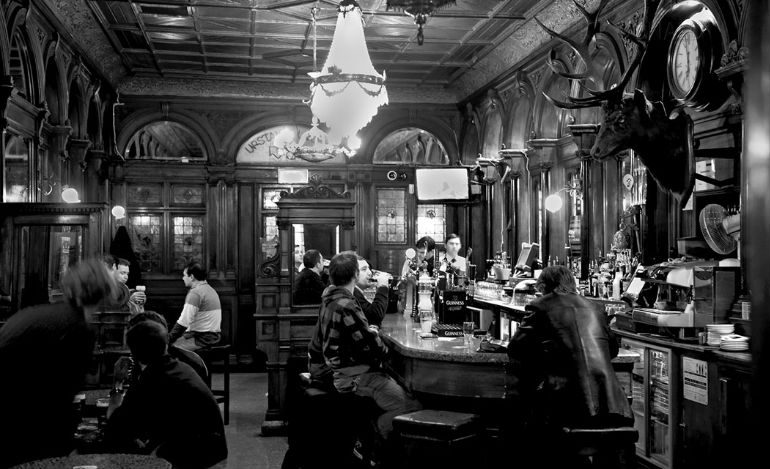 The Stag’s Head is quite possibly one of Dublin’s best preserved Victorian pubs. From mahogany fittings to mosaic marble tiled floors, it has maintained all it’s authentic Victorian design. A tavern has been based on the premises since the 1700’s and became one of Dublin’s most sought after premises in the 1830’s due to its location. It most notably was the first of the Dublin Pubs to have electrical light. 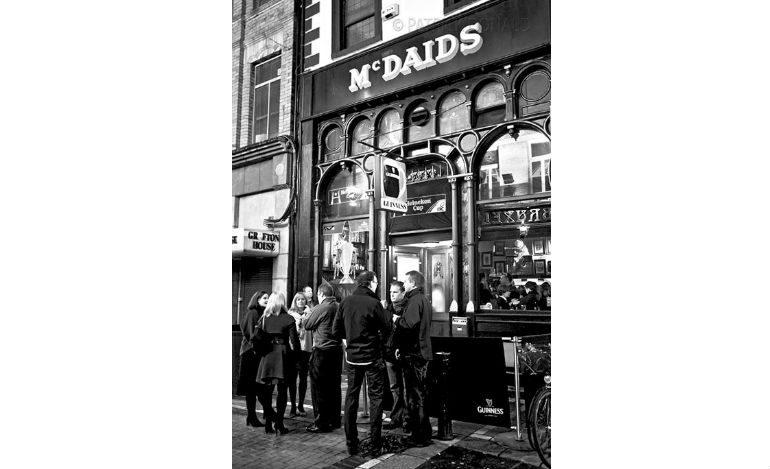 The McDaid’s building dates from 1873 and is famed for having Brendan Behan as one of their regulars. A traditional member of the Dublin Pubs, it was an infamous haunt for the literary set. Previously it was home to Dublin City Morgue, a chapel and moved on to become a grocer before it assumed its destiny as the landmark it is today. 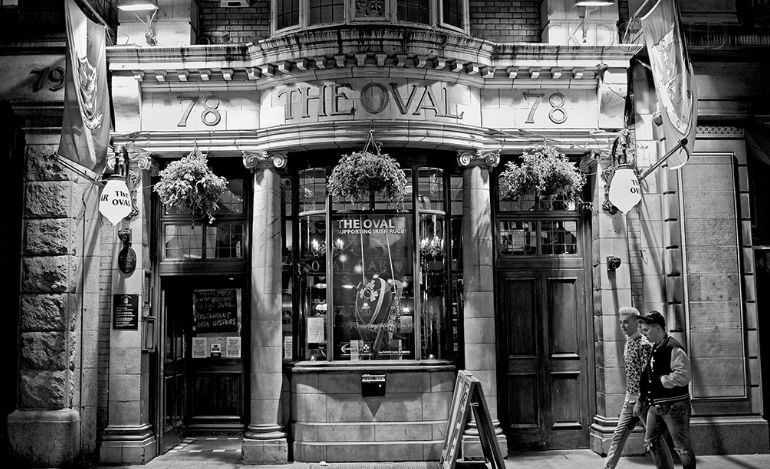 Situated in the heart of Dublin, this Victorian pub still has most of its original features intact. The Oval is one of the unique Dublin Pubs due to its involvement in the 1916 Rising, being seriously damaged in the cross fire. The Oval and surrounding buildings were left smouldering for days in ruins. It would be six years before it opened its doors again. 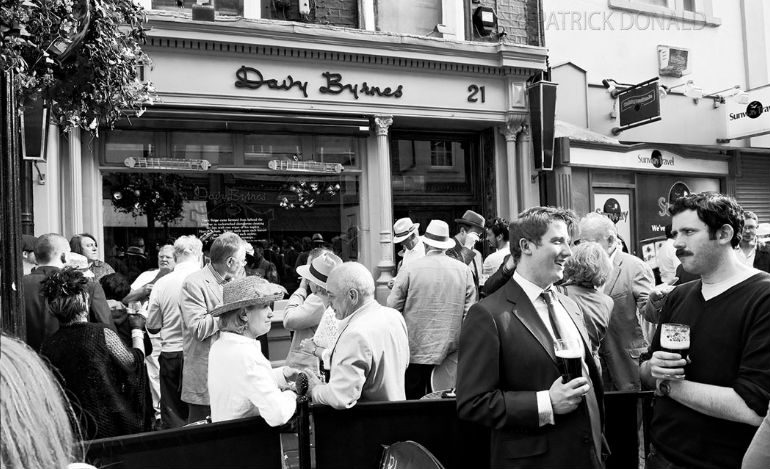 James Joyce is largely associated with this spot as well as many other literary giants such as Oliver St John Gogarty. Davy Byrnes himself used to give the room upstairs to the Irish Republican Brotherhood for meetings during the civil war. In the 1940’s after he retired, the pub was taken over by the Doran family who gave the premises a fresh new cosmopolitan image, still maintaining its pre-Second World War theme. 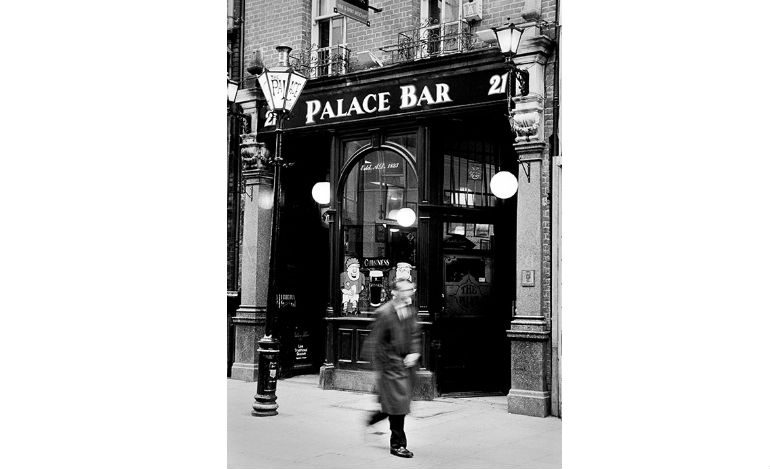 With the Irish Times offices only down the street, The Palace Bar was another one of the Dublin Pubs to serve many writers. The Palace premises was originally built in 1823 but throughout the 1940’s, 50’s and 60’s it was the local haunt for the Irish Times staffers who wrote articles and met ‘sources’ in the back room. 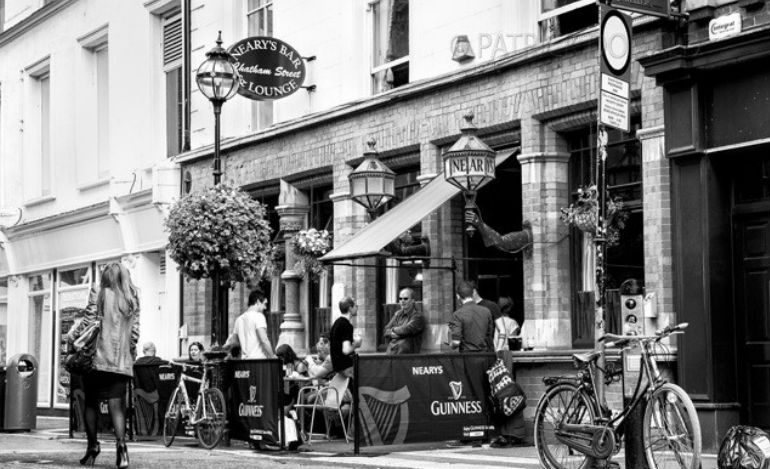 Due to Nearys proximity to the Gaiety Theatre it can be filled with theatrical clientele. Some would say it nearly serves as a second Green Room. Many an actor and stage crew have rushed through Nearys back door into the back door of the Gaiety moments before curtain call. Nearys is one of the Dublin Pubs which has no music or television and where conversation is King.

If you would like to own one of these special images of the Dublin Pubs yourself prints are available for purchase at the Patrick Donald Gallery, 7/8 Hibernian Way, Dawson Street or online at www.patrickdonald.com. Gift size available from €35. Free shipping is available on all unframed prints worldwide. 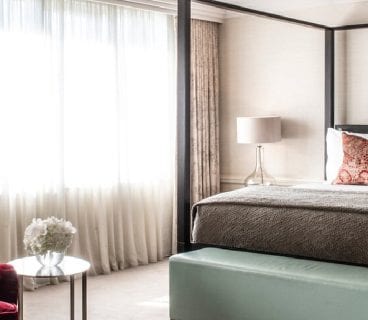 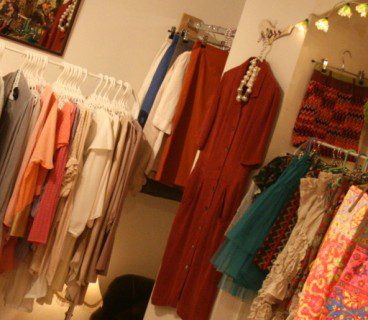 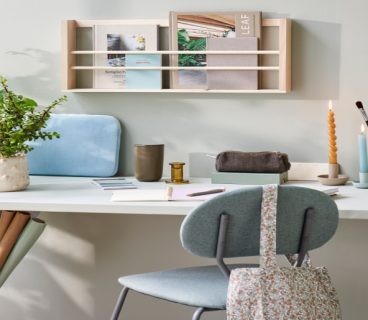 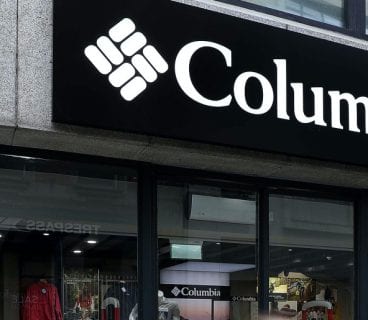