Written by Daniel Fortes on October 21, 2014. Posted in Updates

Yesterday was the final day of the 2014 One Young World Summit. Dublin as this years host city has welcomed delegates and world leaders to our city with huge pride and showed them an Irish city continuing to thrive and develop through change.

The OYW fours days have been an incredible experience for everyone who attended. Delegates and world influencers alike, leave Dublin with alternative perspective and knowledge on global issues that will resonate with them for the rest of their lives.

Yesterday morning’s agenda on Peace and conflict brought us the summits most poignant and powerful moment. In an emotional speech, Yeonmi Park, told us of her life as a North Korean citizen and escaping the Kim regime at 15 years of age. Yeonmi’s story was harrowing and described an unimaginable world. North Koreans have had their human rights violated for over seven decades and Yeonmi’s message to One Young World was this; ‘No humans deserved to be oppressed because of their birth place, we need to focus on the people who are forgotten. We need to shine a light on the darkness in the world’.

To mark the 25 years of the fall of the Berlin Wall, the One Young World delegates came out with balloons and made something beautiful.

The ‘Move to Include’ session on disability was particularly thought provoking as we were plunged into complete darkness for 60 seconds to experience a world without sight. The talk also highlighted mental health issues especially faced in Irish society where we do not pay enough attention to the problem. Musician Niall Breslin  or Bressie as he’s more commonly known urged the media with there power of influence to make mental health a relevant topic in Irish society. He stated, ‘If the media can make the Kardashians relevant, why can’t they make the issues surrounding mental health relevant’. The session was chaired by Caroline Case with a panel including Bressie, Snead Burke, Joanne O’Riordan, Adam Harris and Mark Pollock.

The summit ended with the Closing ceremony. We were treated to the Bangkok show and then the One Young World baton was handed over to the Governer of Bangkok, from Dublin’s Lord Major Christy Burke. Lord Major thanked all delegates and OYW Organisers and volunteers for being in Dublin. He encouraged the inspirational work that continues to be done by the delegates and with get joy he told us to ‘Rock on to Bangkok’.

Overall the summit has been an incredible experience for everyone who attended as for Dublin as the host city. Hopefully one day, we will see One Young World return to Dublin again with the next generation of leaders under its wings. 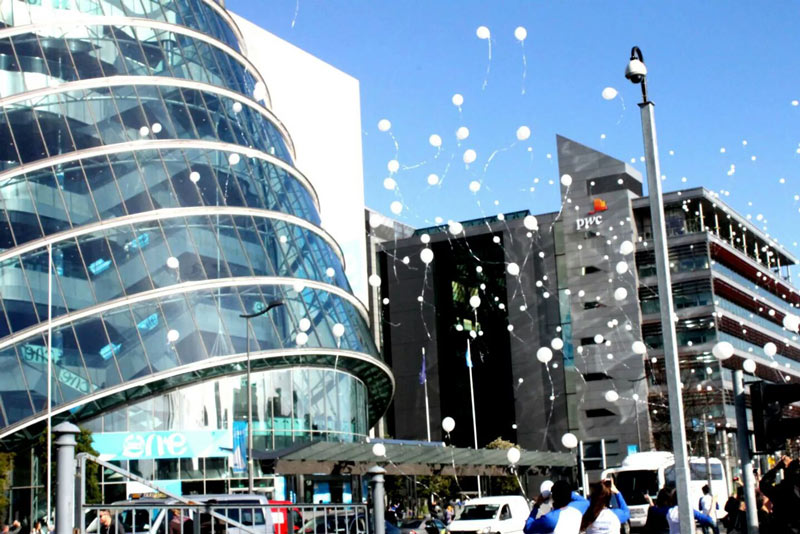 The Bridges of Dublin