Eason’s flagship store, located on O’Connell Street has gone through a multi-million euro renovation and the DublinTown team got an inside look!

The team recently visited the newly renovated Eason’s book on O’Connell’s Street, with general manager John Keane as our tour guide. Established in 1856 and rebuilt in 1919, with over 90 employees working in the store, it is the largest of the 64 Eason’s outlets in Ireland. Over the last 2 years, there has been a total of 4.8 million euro invested into the renovation to make it more customer friendly. The buildings facade is still the old classic look while the interior has been made-over to become more modernised. 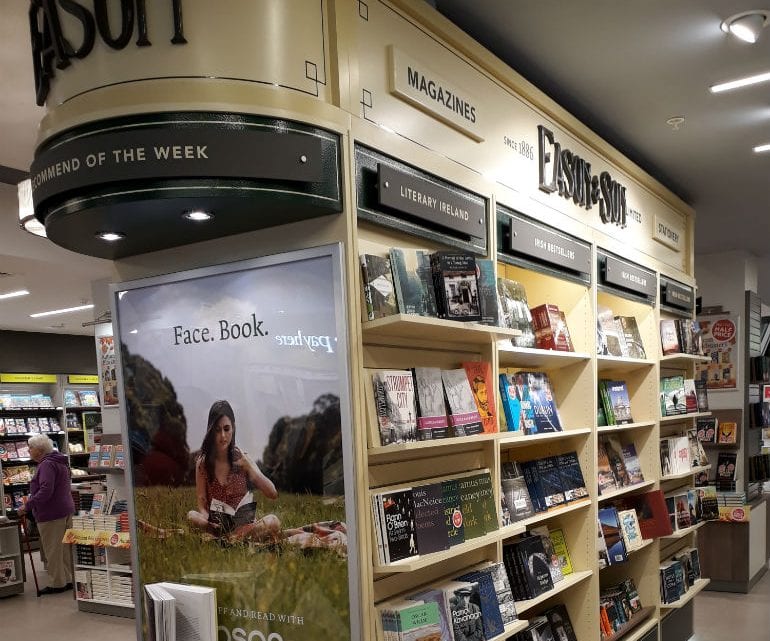 The key focus is to have a simple and easy display to help customers find their way around with ease. The store has been stripped back, has better lighting and less piling of books in order to make it easier for the consumer to shop – and honestly it is!

This well known store consists of 4 floors. The lower ground floor (our favourite!) has turned into a colourful and vibrant children’s area. There’s kids books, a play area and more for the little ones to enjoy an experience rather they feel dragged into boring shopping. John informed us that there was an emphasis on renovating the children’s area as there has been an increase in children’s book sales in recent years. There’s also a teens and young adults area which is pretty cool and worth a visit. The ground floor contains so many varieties of books and best sellers, you’ll be spoiled for choice. 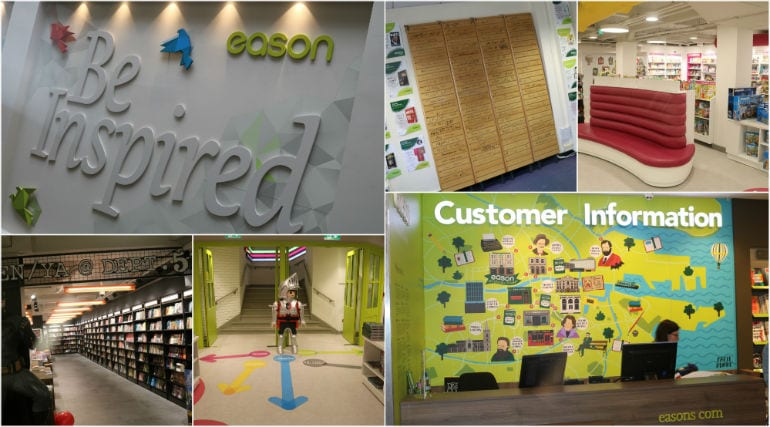 On the first floor is Easonology, monogram, home of cards and a very impressive crafts department. Easonology is one of Eason’s newer additions, consisting of 3d puzzles, challenging games and other games, specifically for older children between the ages of 9-15 – so perfect for anyone scratching our heads about what to get their teens. As always, they have an excellent selection of cards and gifts for special occasions, such as weddings. Going up to the second floor or top floor, you can grab a bite to eat in the Muse restaurant overlooking O’Connell St or find your favourite film or music artist in Tower Records.

Although technology has taken over recently, there is an increase in books sales in the last few years which is a very positive sign for bookstores. In Ireland, for every 10 books sold, 4.5 of these are bought from Eason’s. 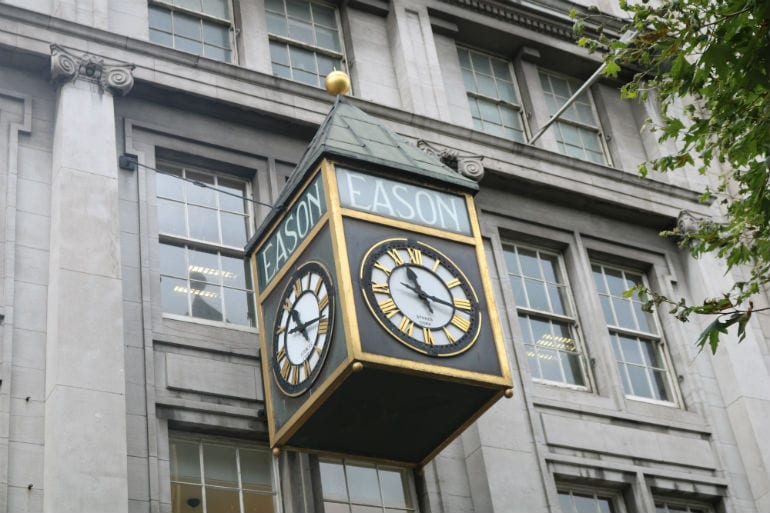 The iconic building also hosts the biggest stars from sport, literature, film and TV such as Alex Ferguson, Pele, Roddy Doyle, David Attenborough with weekly signing events which can be viewed on their website here. The DublinTown team were brought to the Green Room were they have hundreds of signatures from well-known personalities who graced the iconic store.

Not only is Eason’s O’Connell Street known for it’s celebrity sightings, it is also well-known for its chiming clock on the front of the building, which continues to be a meeting point for people in the city. A very interesting fact revealed during our tour was that there is only one man in Ireland, yes only one!, that can repair the clock, and he rumour has it that he’ll to be retiring soon. So, the Eason’s team are hopeful he can help with training someone new to keep this historical object alive – let’s hope so!

So if your around, pop in and say hi and enjoy the new experience of Eason’s on O’Connell St, which, don’t forget, it also has an entrance on Middle Abbey St – handy! 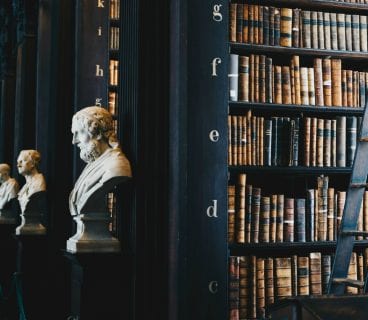 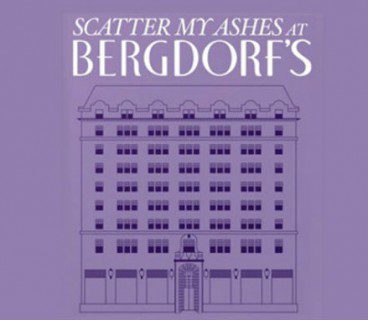