Written by Daniel Fortes on August 27, 2014. Posted in Updates

For the first installment of The Capel Street Series we want to take you back in time to discover how this bustling street came to hold such a dear place in our hearts. We are fortunate to have historian Pat Liddy provide us with an overview of the history of the street which we wanted to share with you.

Walking down bustling Capel Street today you might be forgiven for not realising that this was once one of Dublin’s most desirable residential addresses. Admittedly that was nearly 350 years ago!

Going back to the Vikings, this north of the River Liffey district was the garden suburb of their rather pestilence-ridden and filthy walled town. Then it was called Ostmantown or the Town of the Men from the East (nowadays giving us the modern name Oxmantown). In medieval times the great Cistercian foundation, St Mary’s Abbey, was the dominant presence in what was to become the Capel Street area.

It would be into the 1670s before Capel Street as we know it came about. The upwardly mobile of that period wanted to live in a nicer environment than in the cramped and decrepit walled city or in its ramshackle southside suburbs. The northside beckoned and the city’s first real developer, Sir Humphrey Jervis, saw his opportunity. On the direction of the then Lord Lieutenant, the Duke of Ormonde, Jervis built stone quays along the northern banks of the Liffey and, setting back the houses to face the river, he developed a whole line of streets from Ellis Quay to Bachelor’s Walk.

A Walk Down Capel Street

Capel Street from DublinTown on Vimeo.

However, his pièce de résistance wasCapel Street itself. Named for Ormonde’s successor, Arthur Capel, the Earl of Essex, Jervis’s street was a vision for the future. A thoroughfare, very different to the one we have today, was laid out signalling the arrival of a new and confidant Dublin. There was an emerging wealthy class and these ‘new rich’ were Sir Humphrey’s target market. On both sides of the street he built a number of detached stately homes or mansions, each one surrounded by gardens and orchards. Some years later Dawson Street was laid out in the same manner and here we have a great surviving example of that genre in the appropriately named residence of the Lord Mayor, the Mansion House.

The aim of The Capel Street Series is to help you fall in love with Capel Street just like we have. A vibrant history and a bright future makes Capel Street a true DublinTown treasure.  Follow this series to learn about some of the Capel Street gems we think you’ll love.

Today nothing remains on Capel Street from that period. As the street gradually became commercialised one of the mansions was pressed into the service as the Royal Mint of King James ll in the 1680s. By the mid-1700s terraced shops and Georgian-styled merchant houses replaced the elegance of the previous century. By the mid-19th century various household names arrived such as Lenehan’s Hardware (thankfully still with us) and McNeill’s musical instrument makers (also still there but now a musical pub!). McNeill’s are credited with making the bugle that sounded the famous Charge of the Light Brigade at Balaclava during the Crimean War of the 1850s.

Sadly, by the second half of the last century the street had declined into what is termed a tertiary street or a place of mediocre businesses, empty premises and low customer footfall. Narrow paths and too much passing commuter and commercial traffic were also blamed for clogging up the street itself and making it somewhat hostile for pedestrians.

Then something remarkable happened from the 1980s and into the new millennium. Furniture stores opened along the street making it a mecca for home owners. Louis Copeland, probably the country’s best-known tailor, opened for business in an elegant disused bank building and the headquarters of the world-renowned Riverdance organisation located into a disused tram depot just off the street. Speciality shops and restaurants started to appear. Traffic calming measures and the arrival of the Luas tramway system made it a lot more convenient and comfortable to browse the shopfronts. The promised renewal of the nearby Fruit and Vegetable Market is set to be a big draw. All this and more will continue to change Capel Street from a peripheral into a popular connecting and destination street.

It’s still a work in progress, of course, but with faith in the future and with renewed economic optimism now being expressed this historic street is set to make an impact again and assert its relevance and attractiveness in the modern city.

If you enjoy this post more posts will follow to help you to discover more Capel Street gems! Celebrate Arnotts with a Scrumptious Afternoon Tea at 1843 Tearooms 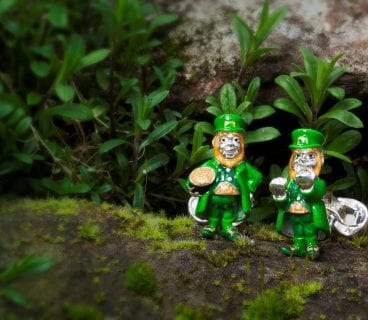 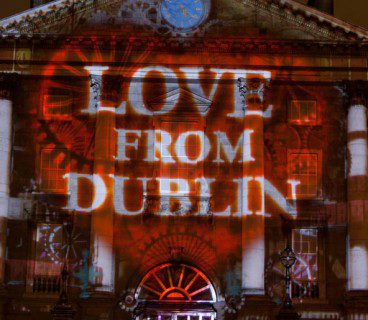 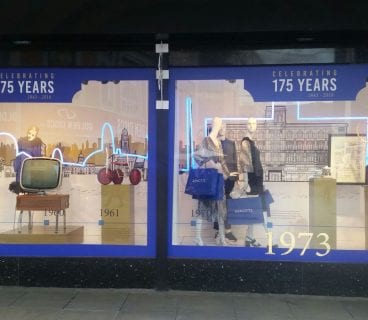